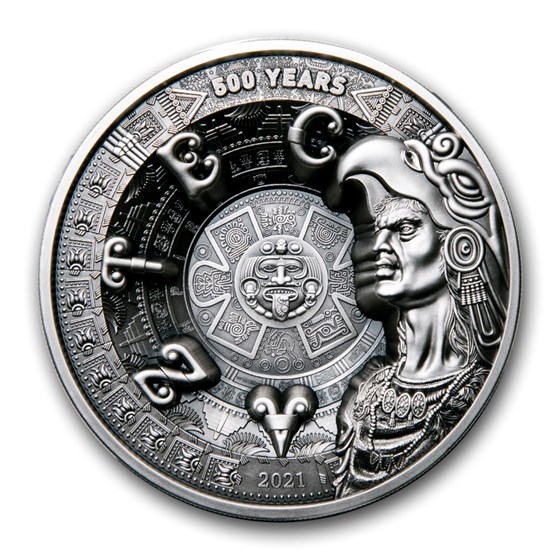 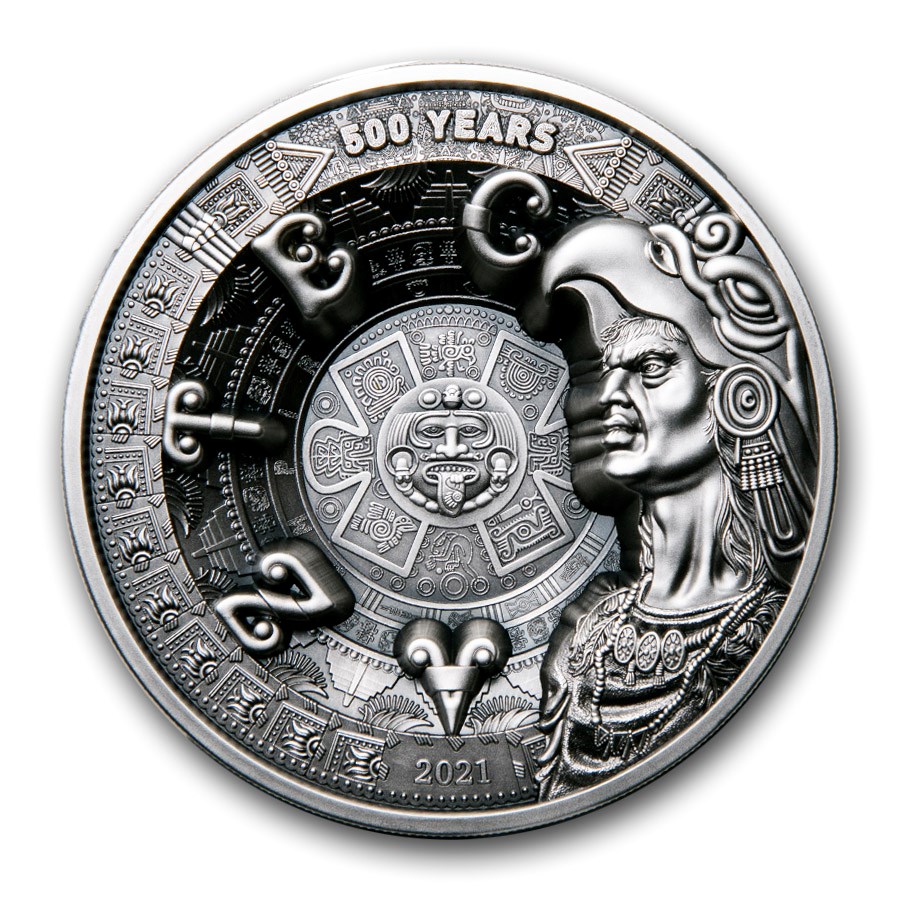 Product Details
Product Details
This gigantic coin commemorates the 500th Anniversary of the fall of the Aztec Empire with a stunning 3D-effect intensified by an antique finish. The mintage is limited to 199 pieces. Sold Out at the Mint!

This is the sixth release in the multiple layer kilo series. This technique creates extraordinary detail. Add this stunning Aztec Empire coin to your cart today!

The Aztec's empire was over much of the central Mexican highlands. At one time the Aztecs ruled over 80,000 square miles throughout central Mexico. In 1521 the Spanish conquered Tenochtitlan and destroyed the Aztec empire.


MDM Mint
MDM Mint is one of the leaders in providing unique coins to the numismatic world. MDM, short for Münzhandelsgesellschaft mbH & Co. KG German Coin, is one of the largest international mints and is also a member of the Richard Borek Group. Founded in 1893, this group is an internationally active coin trading company that is one of the world market leaders for precious metal collectibles.