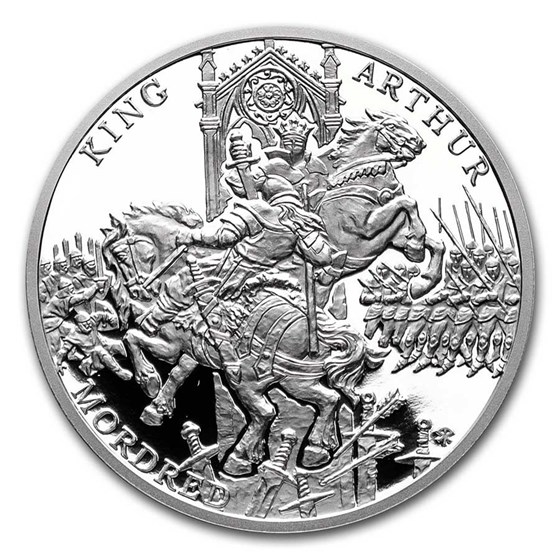 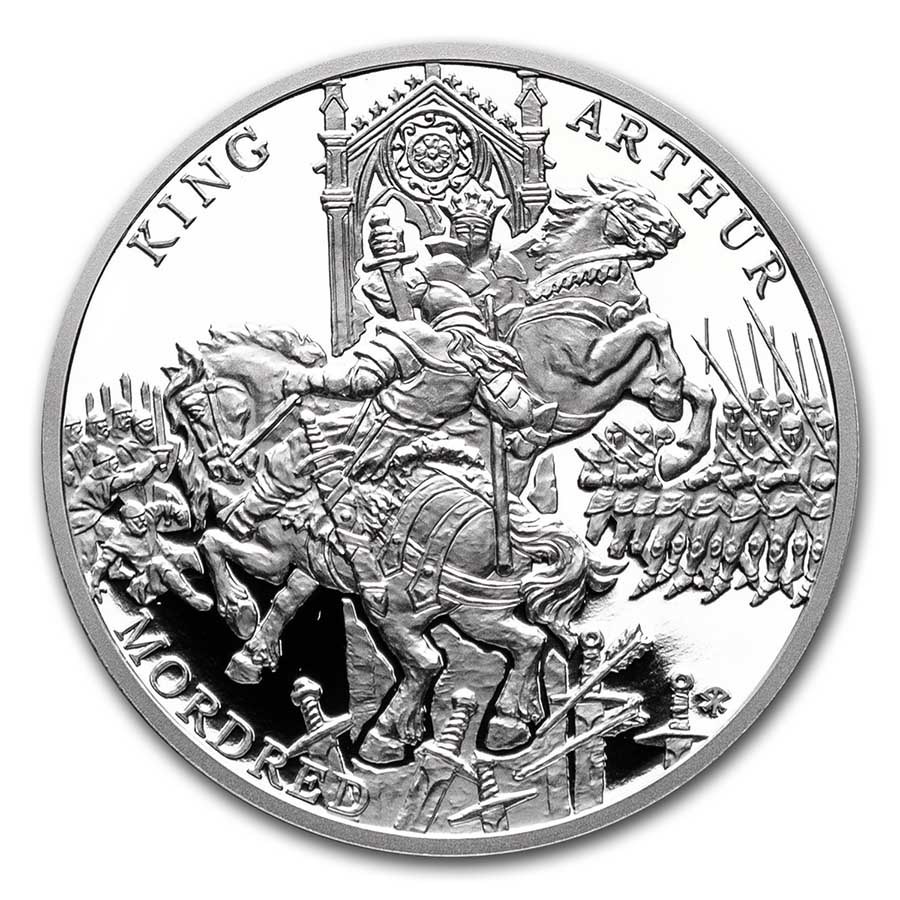 Handle your 1 oz Silver King Arthur coin with care by adding these cotton gloves to your order.

A legendary coin to add to your collection. Add this Arthur & Mordred Silver coin to your cart today!

Although after fifteen centuries of human imagination it is impossible to distinguish between fact and fiction, a man named Arthur evidently lived. At the beginning of the 6th century AD, he was to lead Britain's defense against the Saxons and he was to lay the foundations of an island empire that has been preserved to this day.