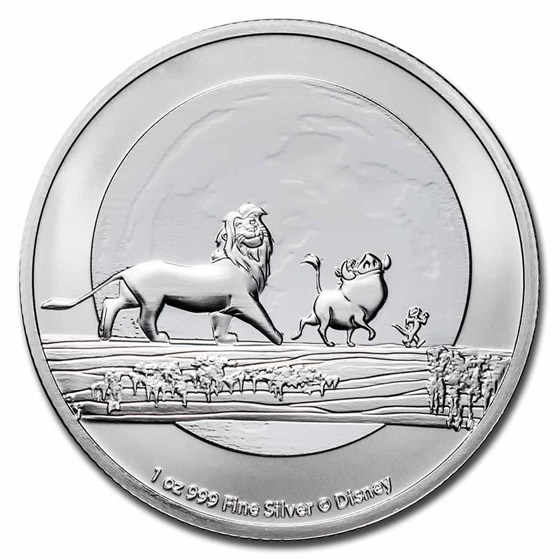 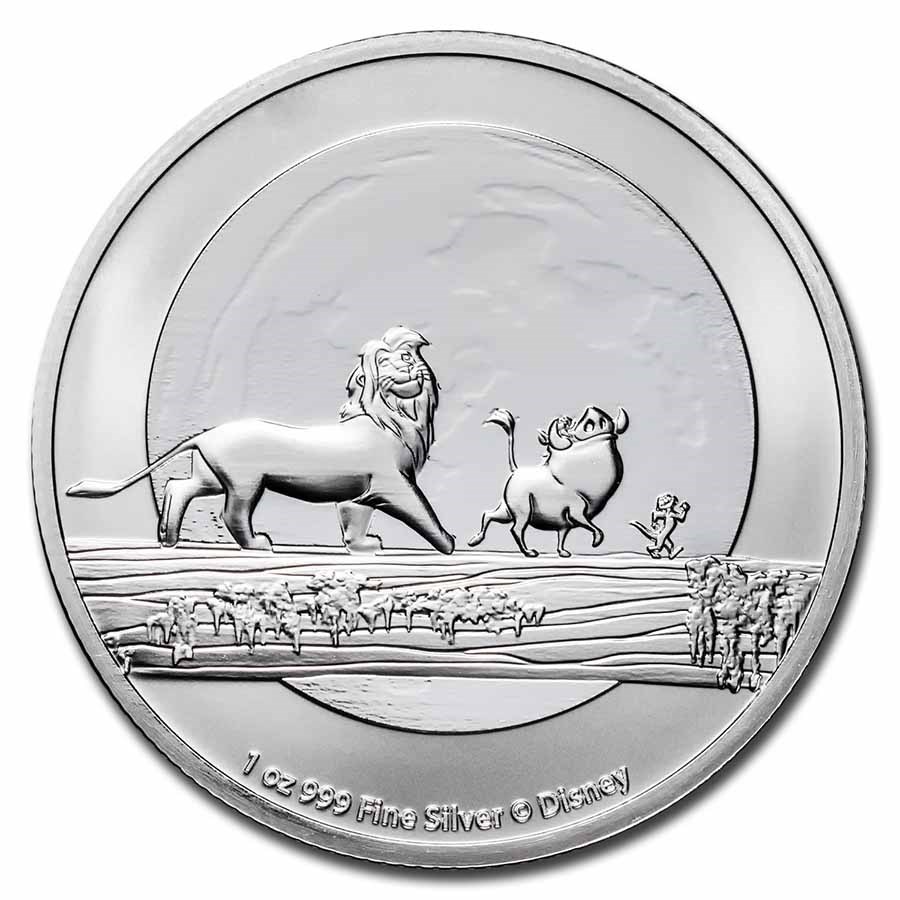 Product Details
Product Details
As low as $9.99 per coin over spot
The third release in our APMEXclusive® Disney The Lion King series features an officially licensed image from the "Hakuna Matata" musical montage. Simba, Pumbaa and Timon are framed against a full moon as Simba transitions to young adulthood.

The Lion King was an iconic Disney movie released in the mid-1990s. It has been a favorite of movie-lovers ever since. Add this limited mintage 1 oz Silver Lion King coin to your cart today!

Bought as a gift for Father’s Day, he loved it. The coin has such an amazing Lion King detailed design. This Nieu is worth the purchase

Anybody who likes Disney will like this Lion King piece to add to the collection. it’s a good looking piece to have

Niue does it again! Simple but nice. very good minting of another classic Disney movie series. of the ones so far released this one is the best. I hope they mint one of Scar and the hyenas. this is a must for Disney collectors.5 stars+