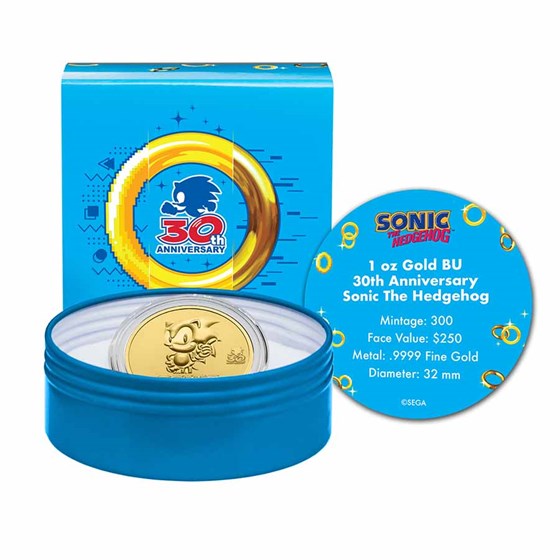 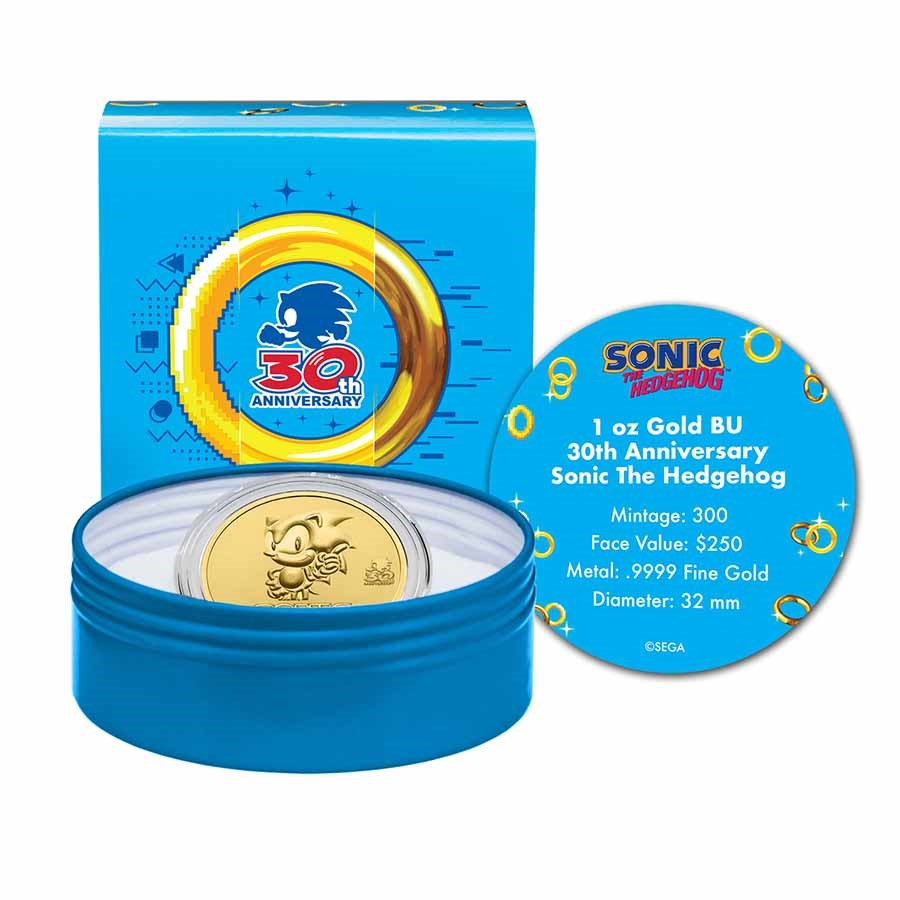 Product Details
Product Details
Available exclusively at APMEX, celebrate the 30th anniversary of Sonic the Hedgehog with this Brilliant Uncirculated Gold coin. There is an extremely limited mintage of only 300 coins.

Awesome coin. I like how they went with the classic art style. Sonic was my childhood and I love these Apmex partnerships that bring our favorite icons to gold and silver.