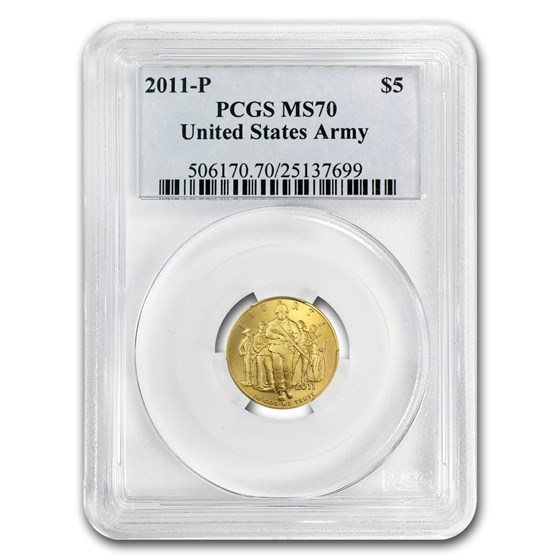 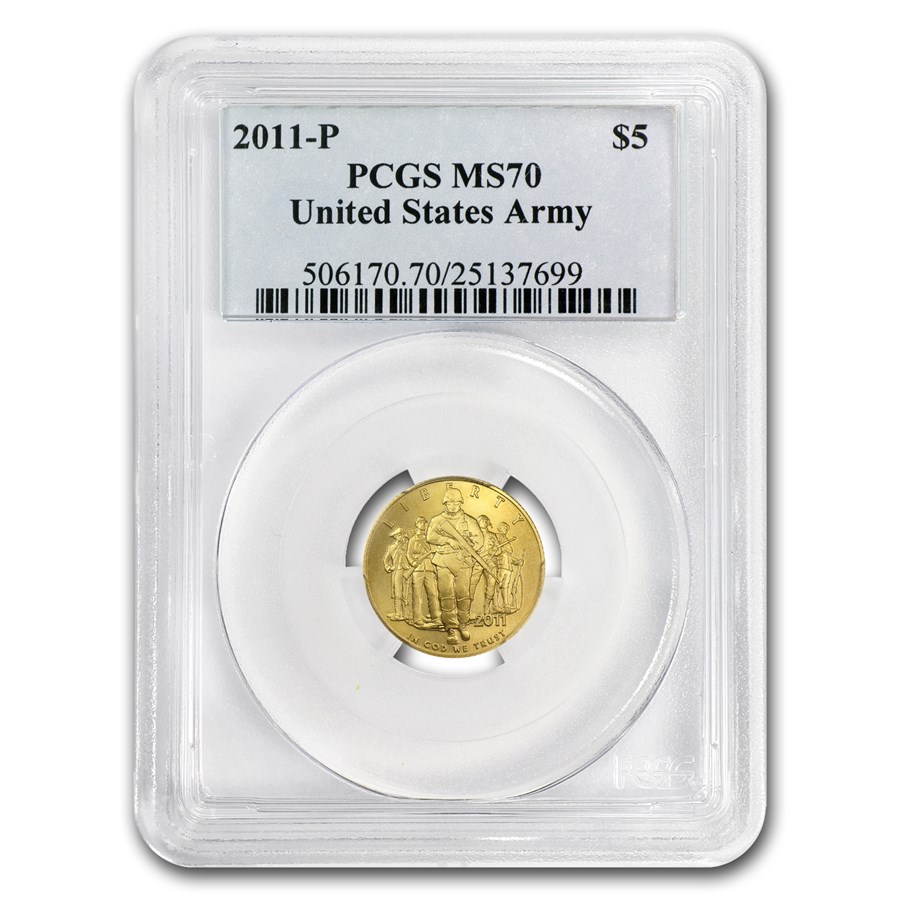 Population of 285 coins at this grade level with 0 graded higher.
This beautiful Gold coin was minted to recognize and celebrate the establishment of the United States Army in 1775. From the Revolutionary War to the current operations taking place around the globe, U.S. soldiers have maintained a deep commitment to our Nation’s core values and beliefs.

The obverse of this Gold coin features an image of five soldiers from different eras, representing the Revolutionary War, the Civil War, World War I, World War II and the modern era. The reverse depicts the U.S. Army's emblem, which incorporates the motto "This We'll Defend."

This example has been graded a perfect Mint State 70 by PCGS!