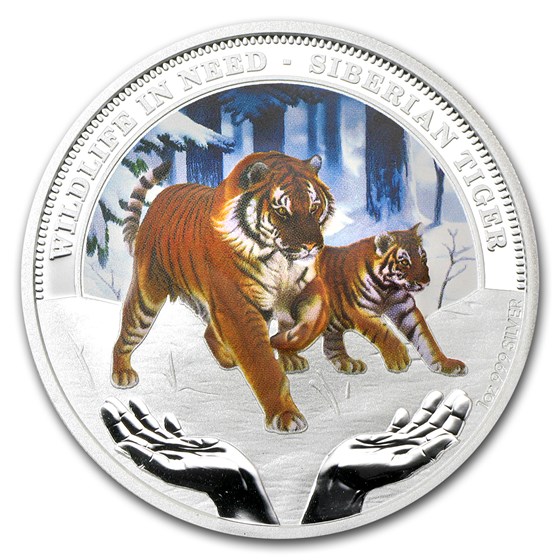 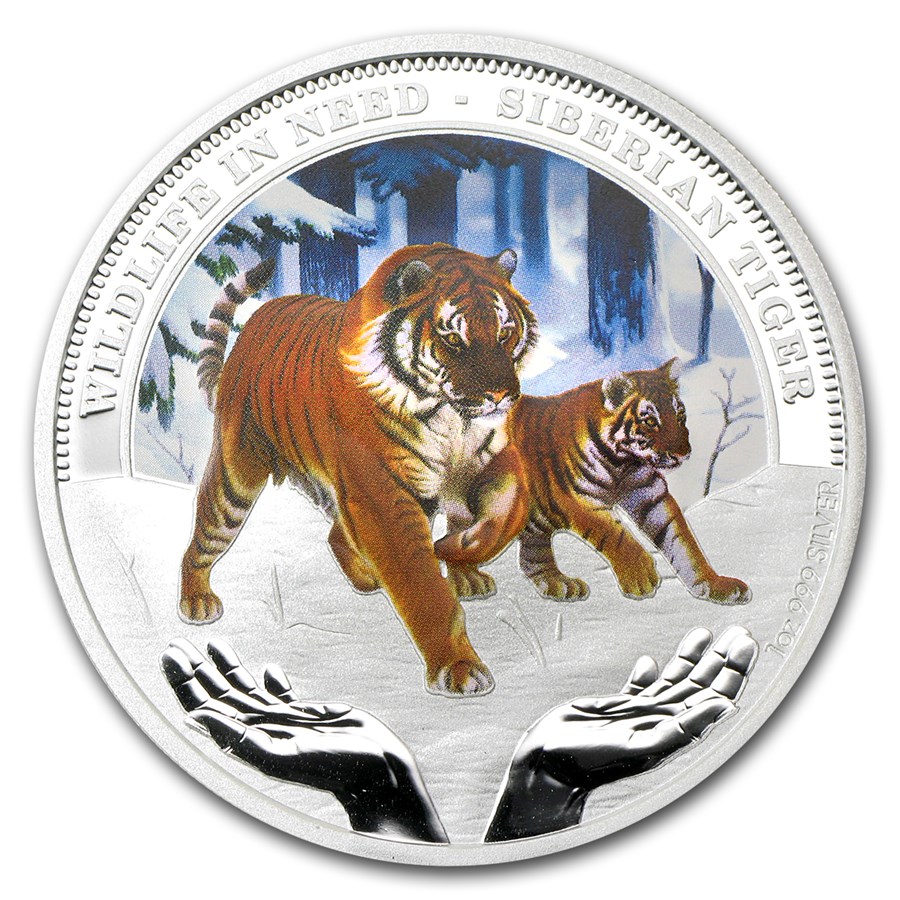 Final release in the Wildlife in need five-coin series.

This coin features a magnificent Siberian Tiger and cub in color, set against a winter forest landscape. The lower reverse comprises a struck design showing a pair of supporting hands, design by Karen Hull. The inscription WILDLIFE IN NEED – SIBERIAN TIGER is also incorporated into the design. The Raphael Maklouf likeness of Her Majesty Queen Elizabeth II and the monetary denomination are shown on the obverse.

Comes with box and numbered CoA.

The beautiful and magnificent Siberian tiger was pushed to the point of extinction in the 1940s through a combination of poaching and the loss of natural habitat. Estimates today put the population between 300 and 500 in the wild.

The Siberian Tiger is considered among the largest of cats, and lives primarily in Eastern Russia and limited areas of China and North Korea. This imposing animal is easily recognized by its magnificent striped coat, which is used as camouflage. No two tigers will have the same patterning.

Females give birth to litters of two to six cubs, which they raise without the male mate. Cubs cannot hunt until they are approximately 18 months old, and remain with their mothers for two to three years, after which, they disperse to find their own territory.

Sadly, poaching is still a threat to Siberian Tigers, as they are prized by trophy hunters and their body parts are still used in traditional Chinese medicine. Increased logging, construction of roads, forest fires, and inadequate law enforcement, also continue to threaten the survival of this species.