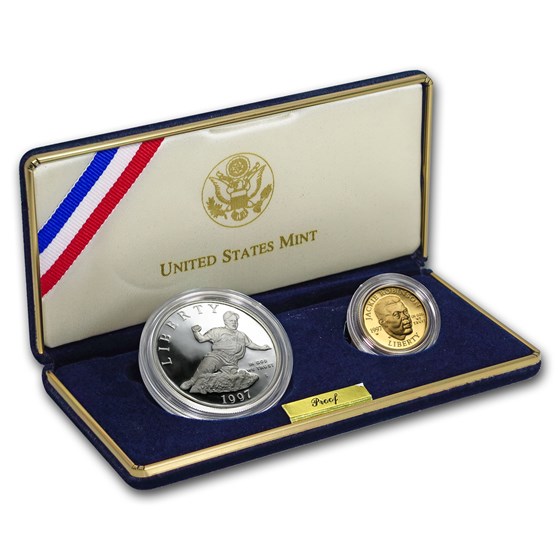 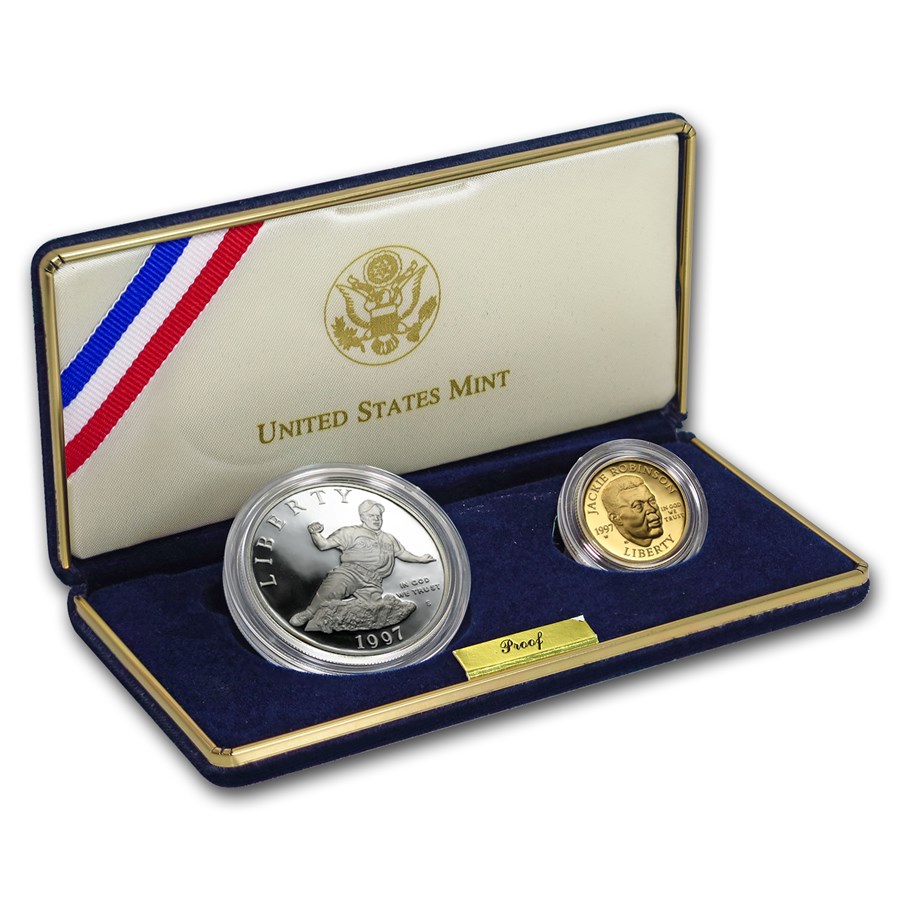 Set Highlights:
Commemorative coins offer an opportunity for collectors to own Precious and semi-Precious Metals with legal tender status. Add this Jackie Robinson set to your cart today!

Starting with the Brooklyn Dodgers in the spring of 1947, Robinson soon became a force in the National League with his hitting, fielding, and base running. Despite harassment & threats, he persevered, playing 10 seasons, and paving the way for other great black players to follow like Willie Mays, Hank Aaron, Ernie Banks & Frank Robinson just to name a few. He has the singular honor of being the only player whose number (42) has been retired by all 30 Major League teams!