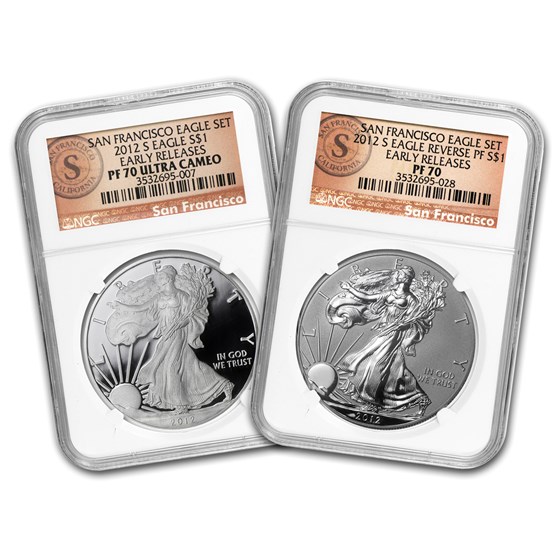 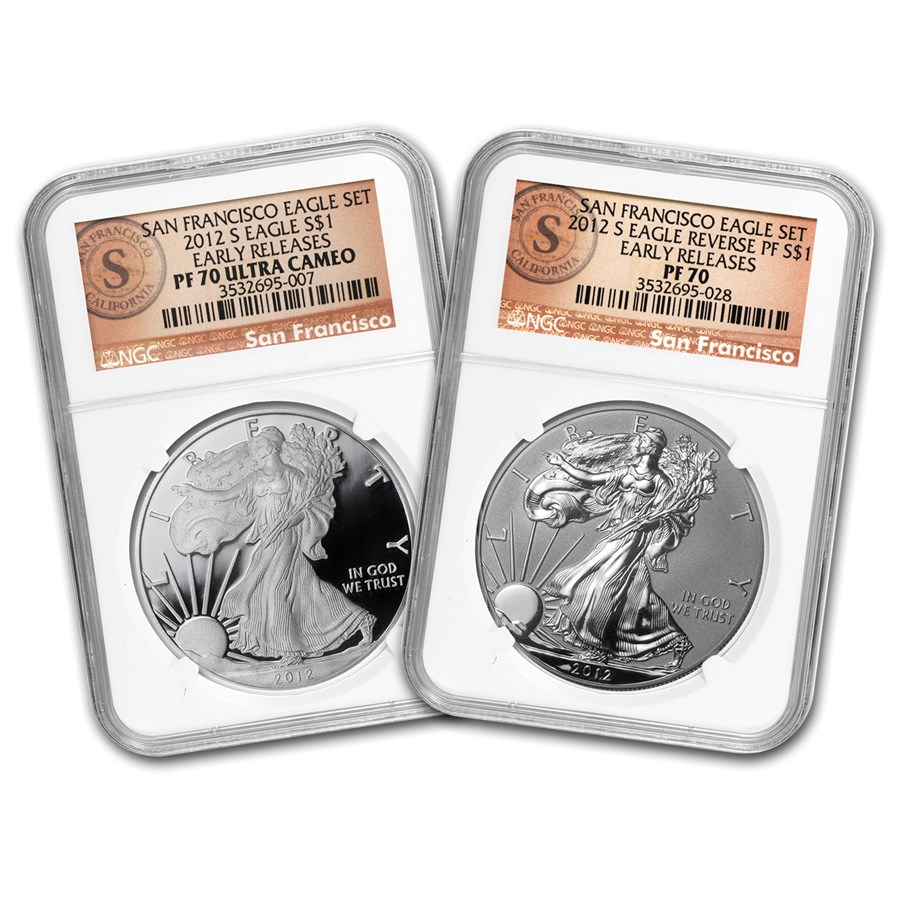 Product Details
Product Details
This 2-coin Silver Eagle set contains proof and reverse proof versions of the 2012 Silver Eagle, struck at the San Francisco Mint. Both coins have been graded a perfect PF-70 by NGC, and feature the Early Release and or First Release designation.

Set Highlights:
Only 224,911 of these sets were minted in 2012 to mark the 75th Anniversary of the San Francisco Mint. Even fewer merited a perfect PF-70 grade. Don't miss out on your chance to add the 2012 2-coin Silver American Eagle Set to your Silver Eagle collection. Add one to your cart today!