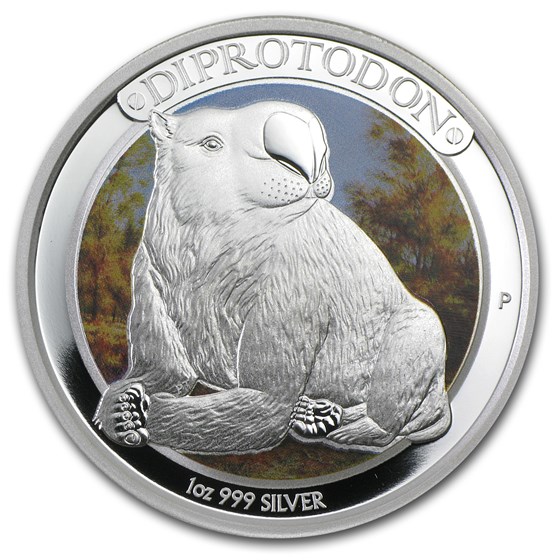 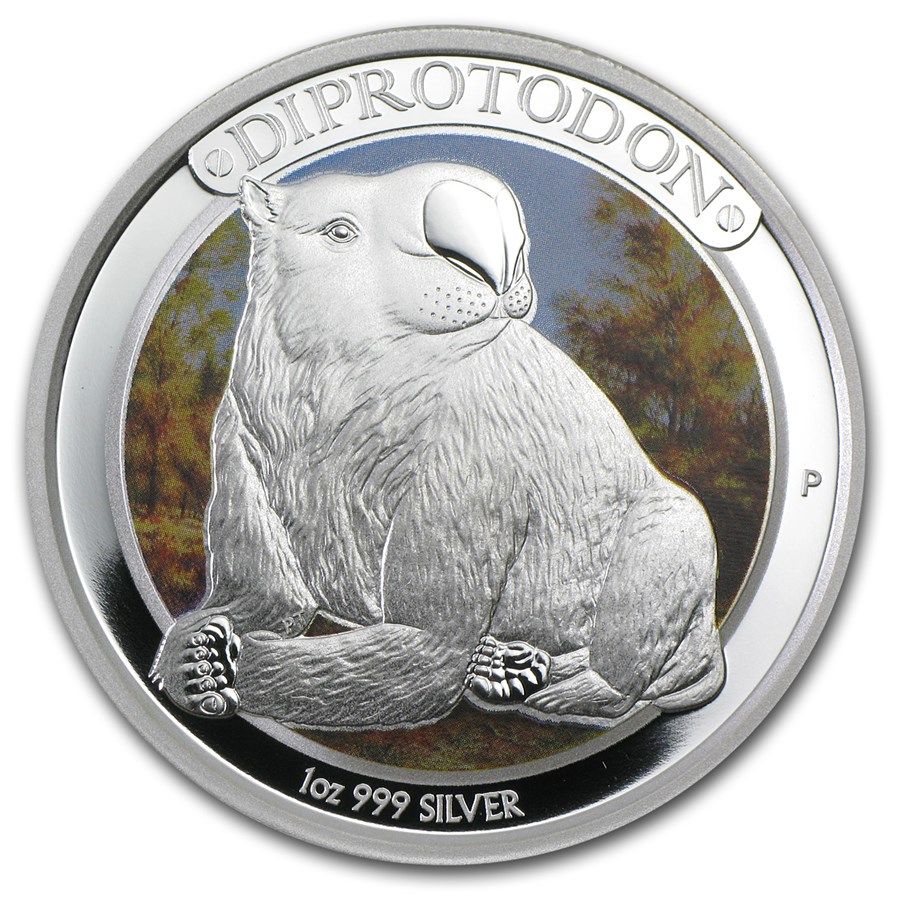 Add this Megafauna Diprotodon coin to your cart today!

This remarkable series goes back in Australia’s history to discover the larger-than life animals that once roamed. The Diprotodon was the first mammal fossil named from Australia in 1838. The incredible Diprotodon was a giant marsupial that was part of a range of megafaunal creatures which inhabited Australia during the Pleistocene period.

Although related to the wombat and koala, the Diprotodon resembled a rhinoceros in size. The quadruped had pillar-like legs, broad footpads and strong claws on its front feet. It was not a particularly prepossessing animal. As it turns the Diprotodon has a pigeon-toed appearance, coupled with a massive skull and two large upper front teeth. Upcoming releases include: Genyornis, Thylacoleo, and Megalania.