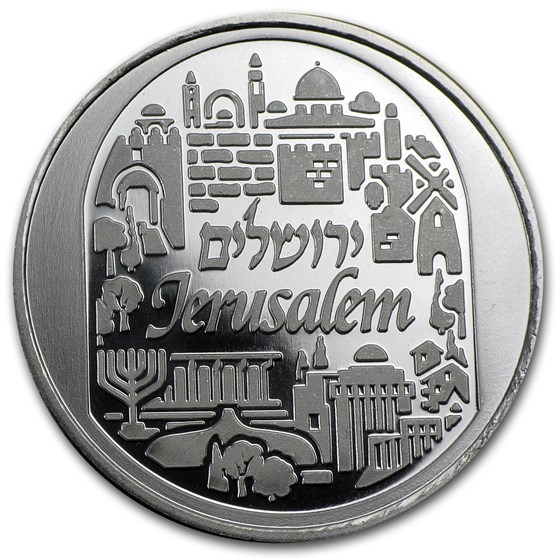 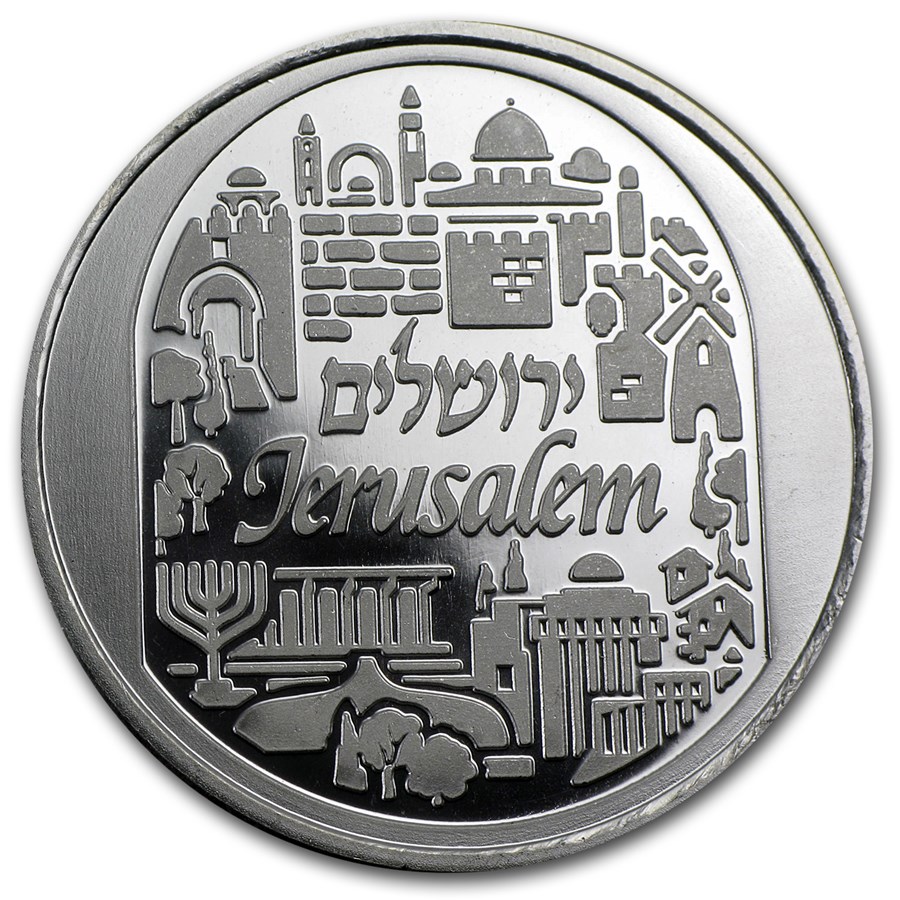 Round Highlights:
Protect and display your investment by adding a beautiful gift box to your order.

Add a 2014 1 oz Jerusalem City of Peace Silver Round to your cart today!

The Story:
Jerusalem is a holy city to the Jews, Christians and Muslims. Each religion has a storied history with Jerusalem, and some of the most sacred places for each are found in this ancient city. Jewish interests are rooted in the struggle of King David to capture Jerusalem and build a temple there. Christian interests come from the close relationship that Jesus had with the city, and Christians once believed Jerusalem to be the center of the world. For Muslims, Jerusalem served as the first qibla (direction of prayer,) and early mosques were built to face Jerusalem. Muhammad, who is considered to be a messenger for God, often visited the city.

Holy Land Mint:
The Holy Land Mint - Israel Coins & Medals Corp.(ICMC) was established in 1961 and perpetually pursues their stated objective of “commemorating significant historic, national, social, scientific, and cultural achievements of the State of Israel” by specializing in commissioning, designing, minting and distributing unique Gold and Silver coins which reflect the unique character of Israel’s past, present and hoped-for future. They are the exclusive distributor on behalf of the Bank of Israel of all commemorative coins, and many of their remarkable coins, are only offered in limited editions. Each of their products holds a uniquely historic legacy that is complimented by their renowned reputation for the highest quality coins and rounds.

I like to get coins from different Countries as well as store up some silver. These are in great shape and I love the designs.

I bought this product to show my support for Israel. It has a nice design and easy to read.

I bought this beautiful round and the Dove of Peace round to add to my world silver collection. Very happy with the purchase.

This is an amazing product it looks great and is well worth the premium.

I bought this coin for my own personal religious collection. I have always love religions history. This coin was better than expected. Excellent Plus.

A unique silver round. Special due to it's religious message. Wish that I could read Hebrew.