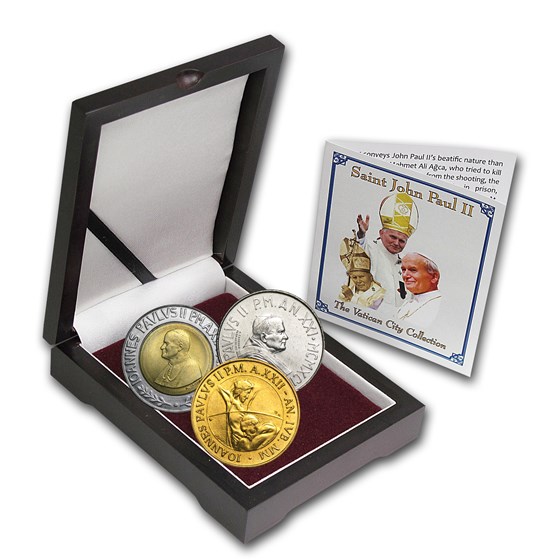 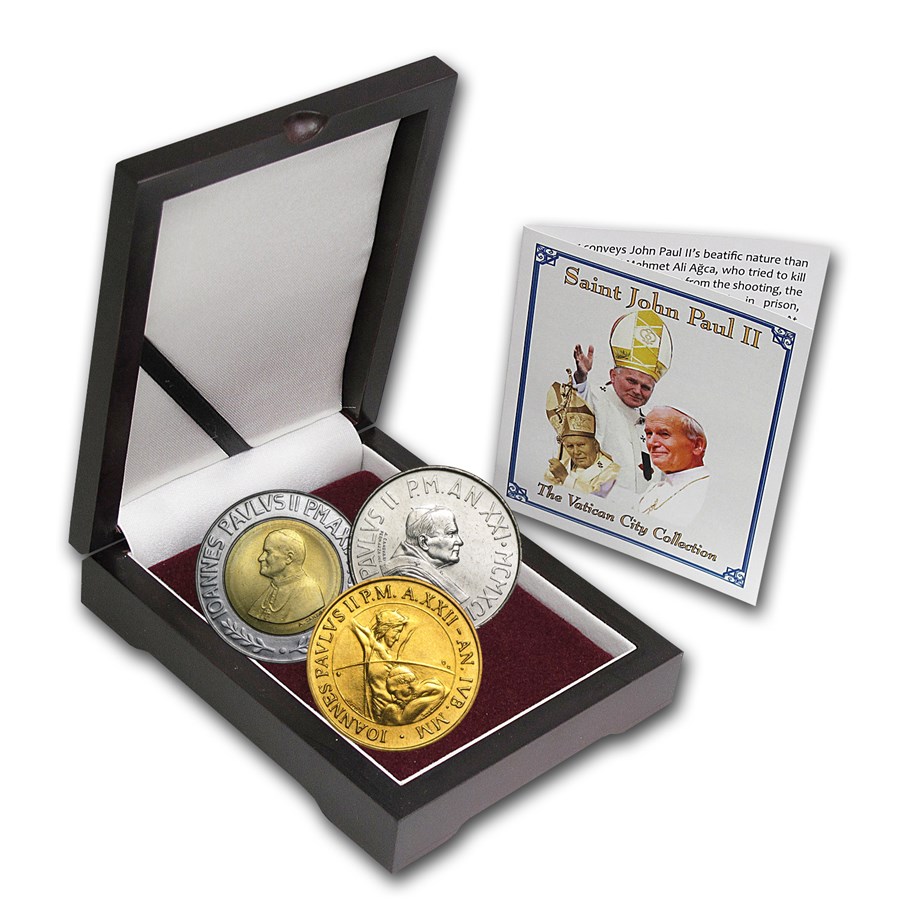 Your purchase is guaranteed to match the quality of the product shown. It will not be this exact item.
Product Details
Product Details
Selected for their beauty and religious significance, these three coins were struck for the Vatican City State during the tenure of Saint John Paul II. These coins were issued for one year in small mintages for circulation, making this set remarkable.

Set Highlights:
This set makes a great gift for the coin collector or for those interested in Papal history. Add this 3-Piece Saint John Paul II Set to your order today!

I purchased this as a Christmas present for my niece and her husband. When they opened it and saw who the set was in honor of, they were thrilled as they are Catholic. Thanks for having a wonderful set such as this available.

I do collect Papal & Vatican coins & stamps and these 5 sets were a welcome addition to my collection . A few will be given away as gifts.