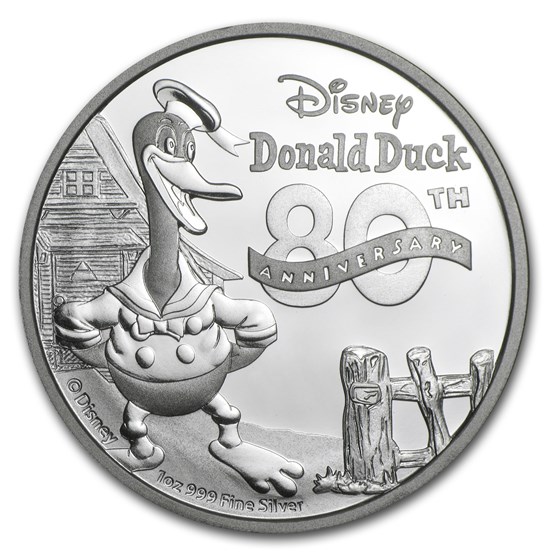 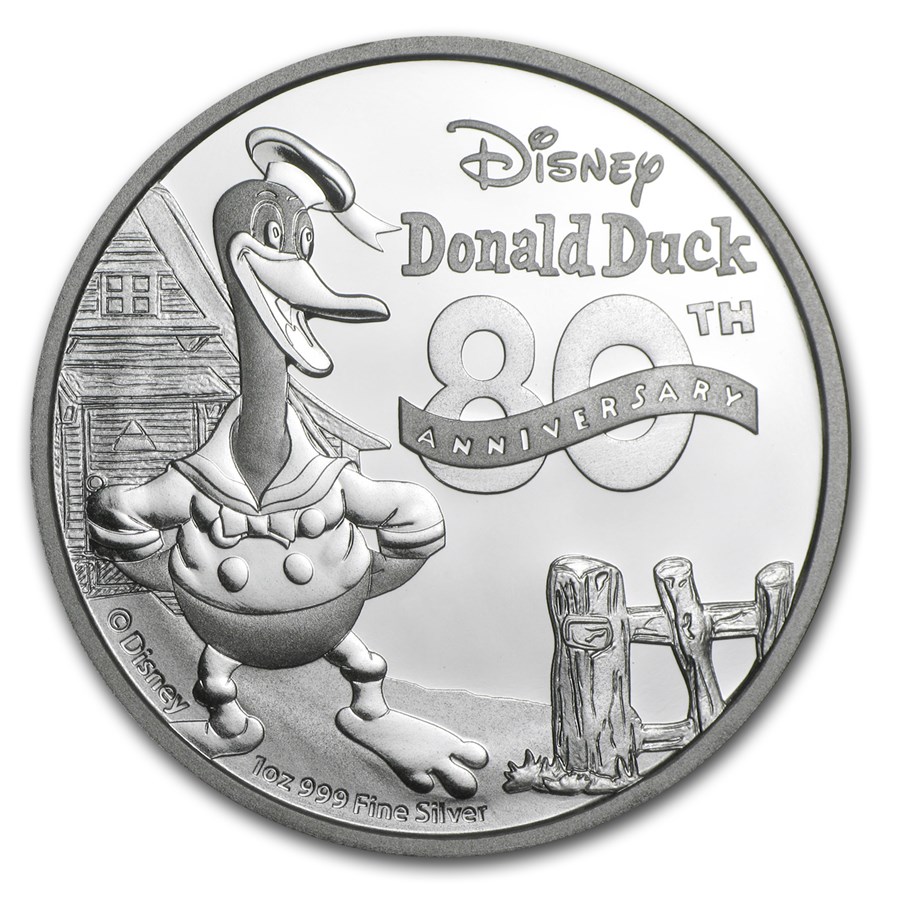 Your purchase is guaranteed to match the quality of the product shown. It will not be this exact item.
Product Details
Product Details
This 1 oz Silver coin depicts the classic image of Donald Duck as originally drawn in 1934. This has been an extremely popular release that followed the Steamboat Willie coin from the New Zealand Mint.

Coin Highlights:
With a limited mintage, this highly anticipated coin is a must have for any Disney enthusiast. Add the 1 oz Silver Donald Duck coin to your cart today!

The first installment of the two year series of Disney coins from the New Zealand Mint was the wildly popular Steamboat Willie Coin, featuring the legendary Mickey Mouse character as he appeared in his first film. For the 2nd installment in the series, this officially licensed Disney product commemorates one of Disney’s most internationally recognized and loved characters, Donald Fauntleroy Duck. This coin marks the celebration of the 80th anniversary of Donald’s first appearance on television in a 1934 short film called The Wise Little Hen.

Famous for his semi-intelligible speech and his mischievous and irritable personality, he is the final member of the “Fab Five” of Disney, which also includes Mickey Mouse, Minnie Mouse, Goofy and Pluto. Donald has appeared in a total of 178 films, more than any other Disney character, and was included in TV Guide’s list “50 greatest cartoon characters of all time”.

My husband and I took our family on our first Disney cruise this year. I ordered him this coin for Christmas to commentate our trip as he is an silver coin collector. It was the perfect gift. Beautiful coin with only 10,000 made. Recieved in a lovely holiday box and in a nice wooden display case. Very happy with this purchase!

Beautiful coin with low mintage and nice design from the golden age of entertainment.

I bought this coin to acquire a significant collectable for Donald Ducks 80th Birthday!!!