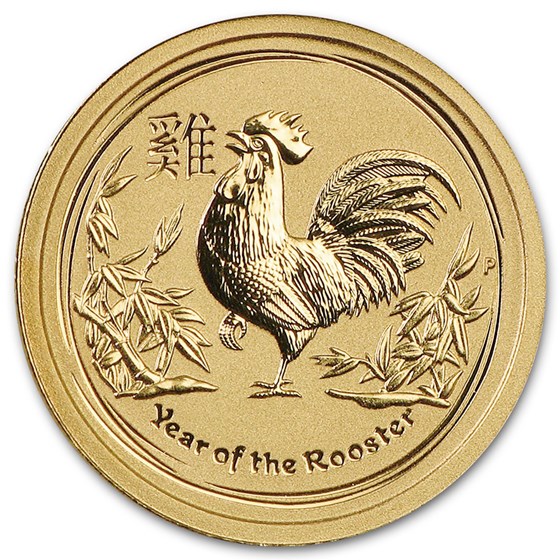 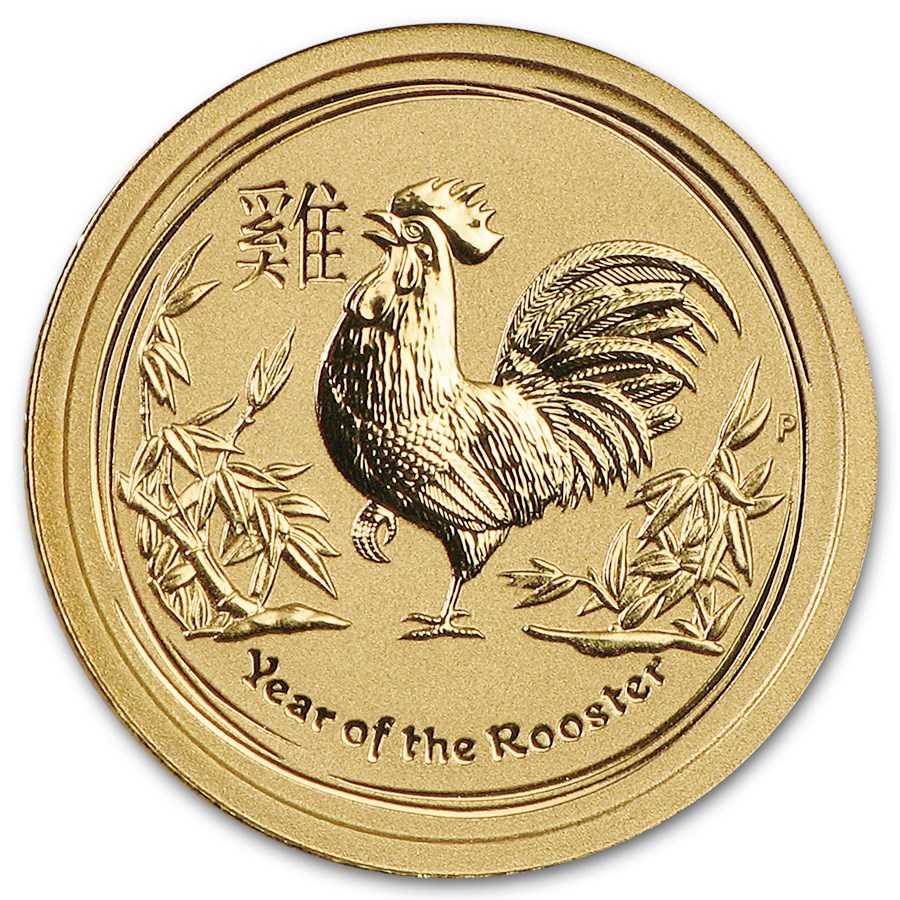 Your purchase is guaranteed to match the quality of the product shown. It will not be this exact item.
Product Details
Product Details
This release from the Perth Mint celebrates the Year of the Rooster, the tenth animal in the 12-year cycle of the Chinese zodiac. These coins have a strict mintage cap and sell-out quickly every year!

Coin Highlights:
Display your small Gold coin in style by adding an attractive presentation box to your order.

APMEX is an authorized distributor of Perth Mint products, allowing APMEX to get coins directly from the Perth Mint and pass them along to you. Struck by the historic Perth Mint from 99.99% pure Gold, each coin's Australian legal tender status guarantees its weight and purity.