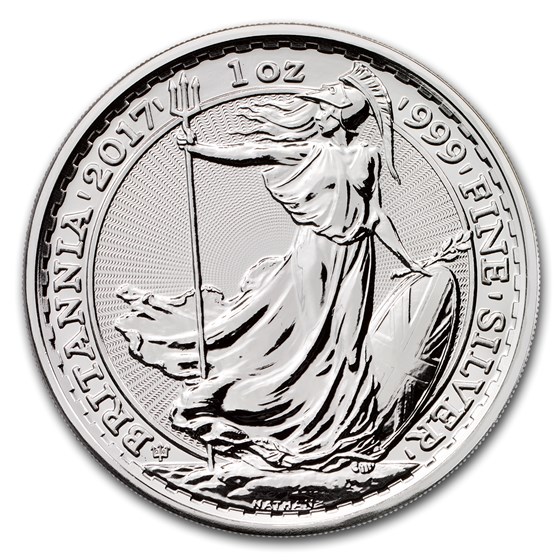 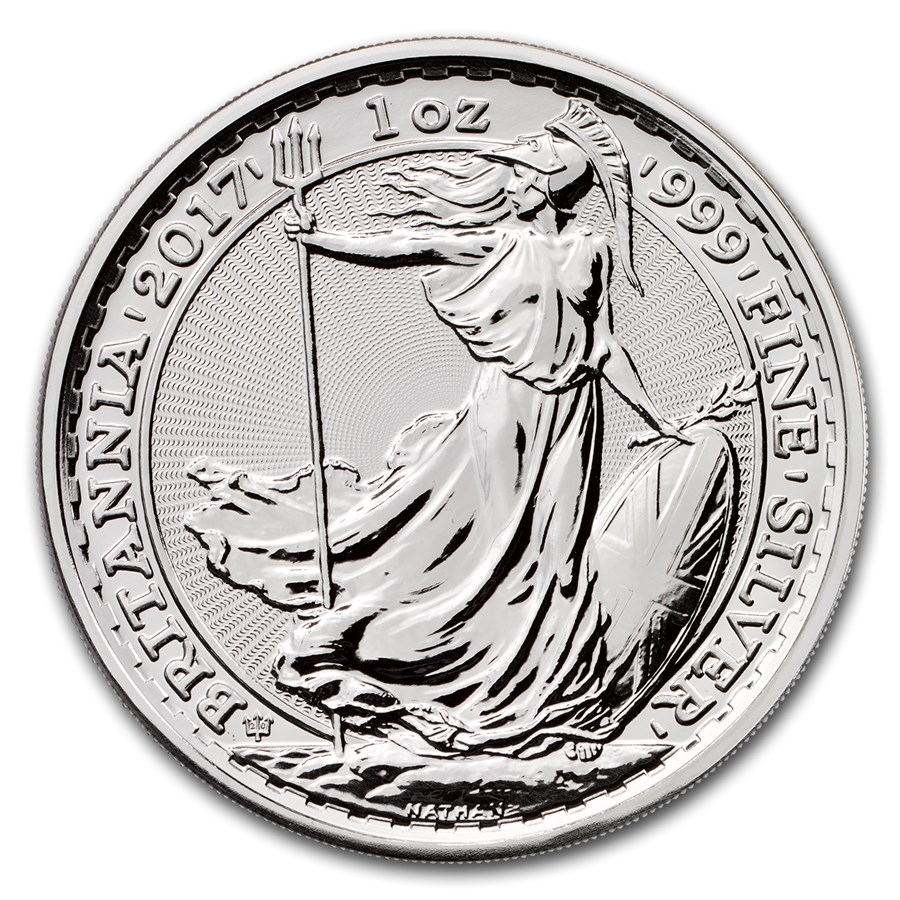 Your purchase will match the quality of the product shown.
Product Details
Product Details
Celebrate the Silver Britannia's 20th anniversary with the first Britannia with a mint mark! This unique security feature includes a "20" within the symbolic shape of a trident.

Coin Highlights:
Display your 20th Anniversary Silver Britannia in style by adding an attractive presentation box to your order.

For 2017 Britannia is refreshed as a contemporary bullion choice, with a mint mark denoting the respective anniversary and a unique radial sunburst background design. This is the first time this new feature has been struck on a UK bullion coin, providing additional security for collectors.

In 1987, Britannia’s image graced the new Gold bullion coin minted by the Royal Mint known as the Gold Britannia. These Gold coins have since grown in popularity as a collector’s piece. Gold Britannias are available in sizes as small as 1/20 oz and as large as 5 oz Gold coins. In 1997, the Royal Mint expanded this design to a Silver bullion coin known as the Silver Britannia. Over time, both the Gold Britannia and Silver Britannia have experienced changes in design and an increase in metal purity, making them major players in the modern coin market.

This is a gorgeous coin with clean detailing. I can't wait to purchase the proof version.

Beautiful 20th anniversary Britannia. I really like the fields on this coin and the lower mintage is nice too.

The Britannia is one of my favorite silver coins. The American silver Eagles are my bullion "workhorse," but I purchased these to enjoy and share. The anniversary mark adds a nice, extra detail.

This is a beautiful coin, looks amazing and I’ll definitely get this again next year!

Like these Britannia's and the capsules they come in to protect the finish.

I'm not a collector of common silver(eagles, maple leafs, ect...) but picked this up because of 20th anniversary with the "Trident with 20" struck into the design. It's really a Nice piece, Great Detail and design. Attractive round. Very satisfied.

I have not really figured out the interest in Privy marks. I will wait and see over time how the collectability goes on this lowered mintage coin. Otherwise, the privy mark does nothing to add to the already beautiful design of the Britannia.

it is a beautiful coin! first one i have ever purchased,but it won't be the last. thank's for getting it here very fast.