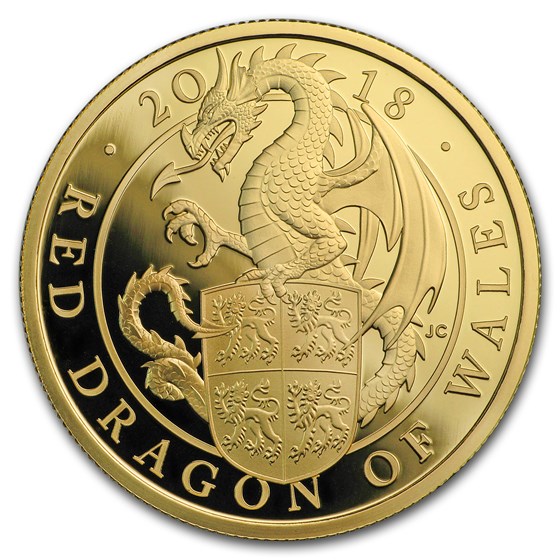 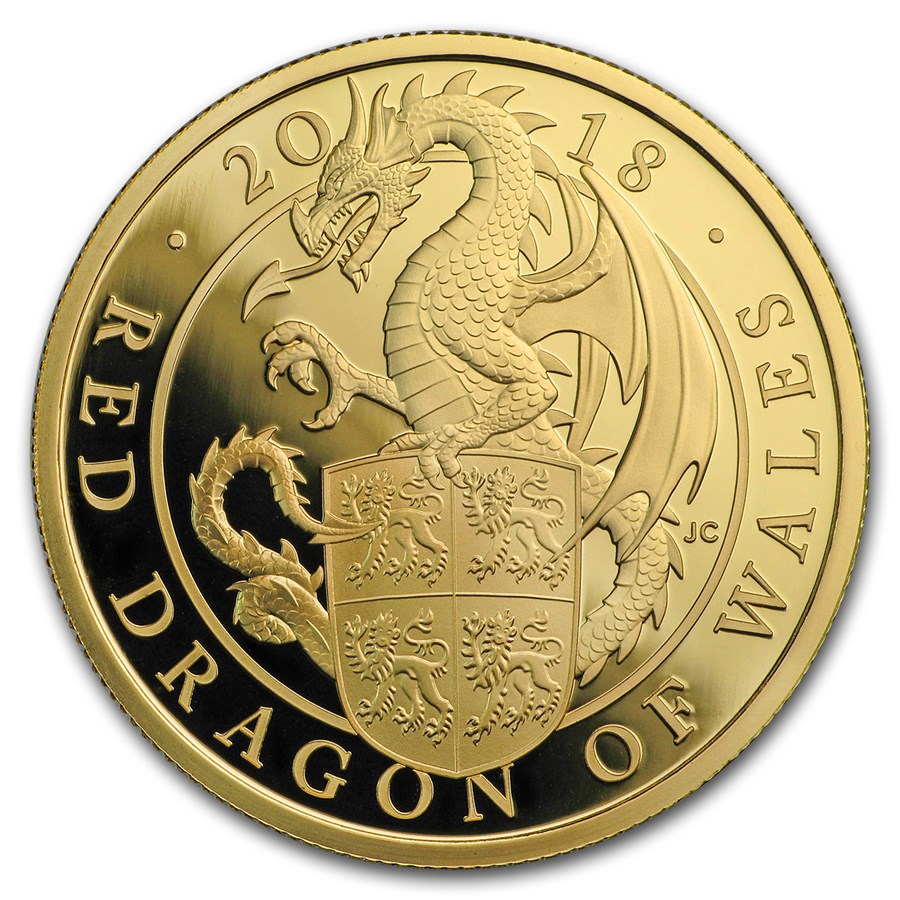 $1,915.89 $1,935.89
Any Quantity
15% Off The Premium
Product Details
Product Details
Associated with strength, wisdom and power, this fiery Red Dragon of Wales marks the third release in the Proof Queen's Beasts series!

This majestic coin is a must-have for any collection. Add this 2018 Great Britain Proof 1 oz Gold Queen's Beasts Dragon to your cart today!