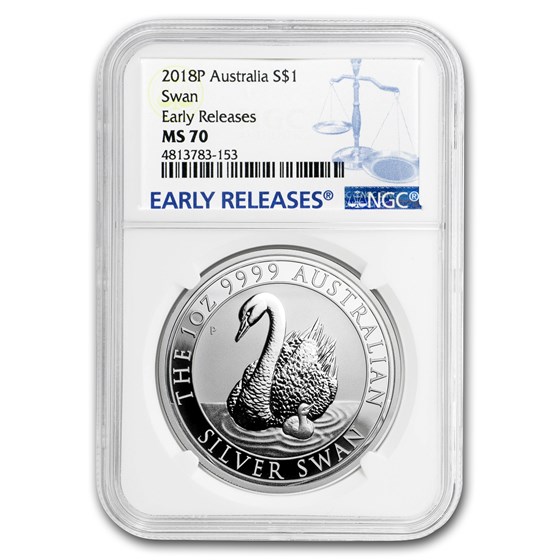 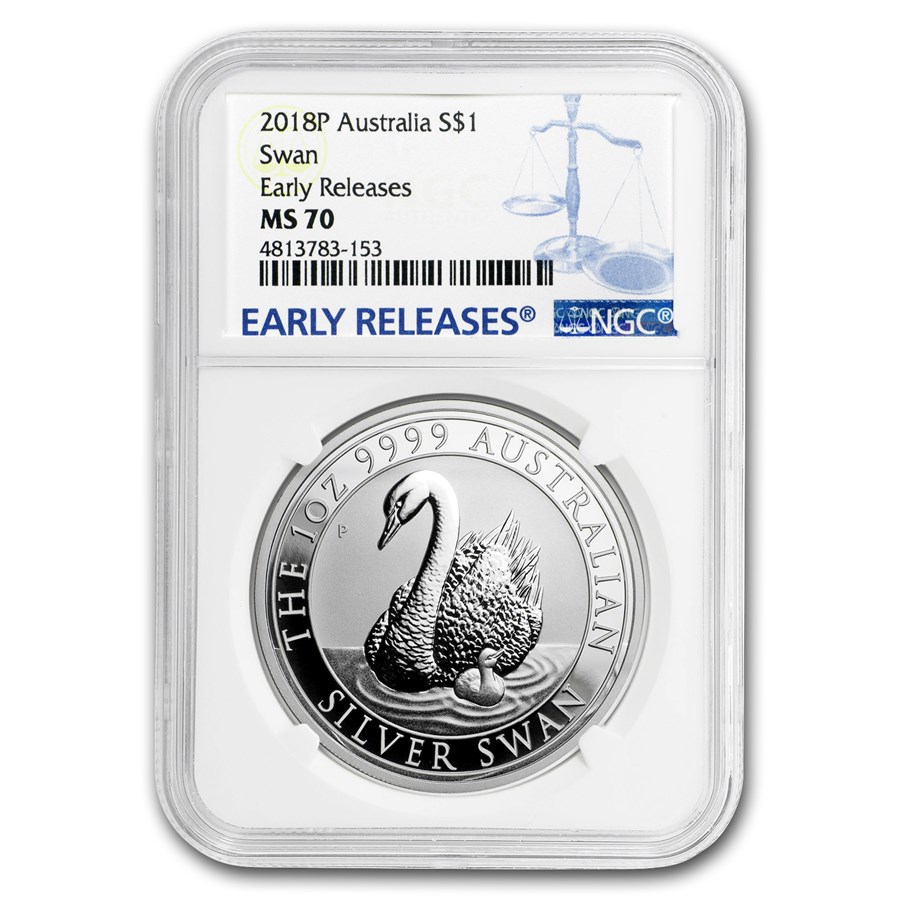 Product Details
Product Details
The Silver Swan coin has a limited mintage of 25,000 coins made of .9999 fine Silver. This coin is graded a perfect MS-70 by NGC with the Early Release designation with a population of only 241 coins.