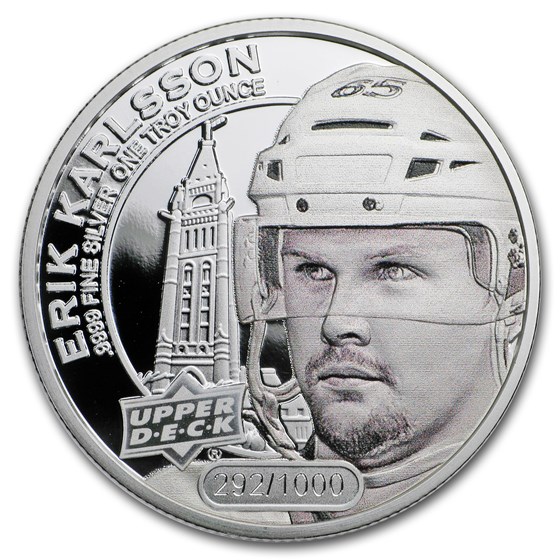 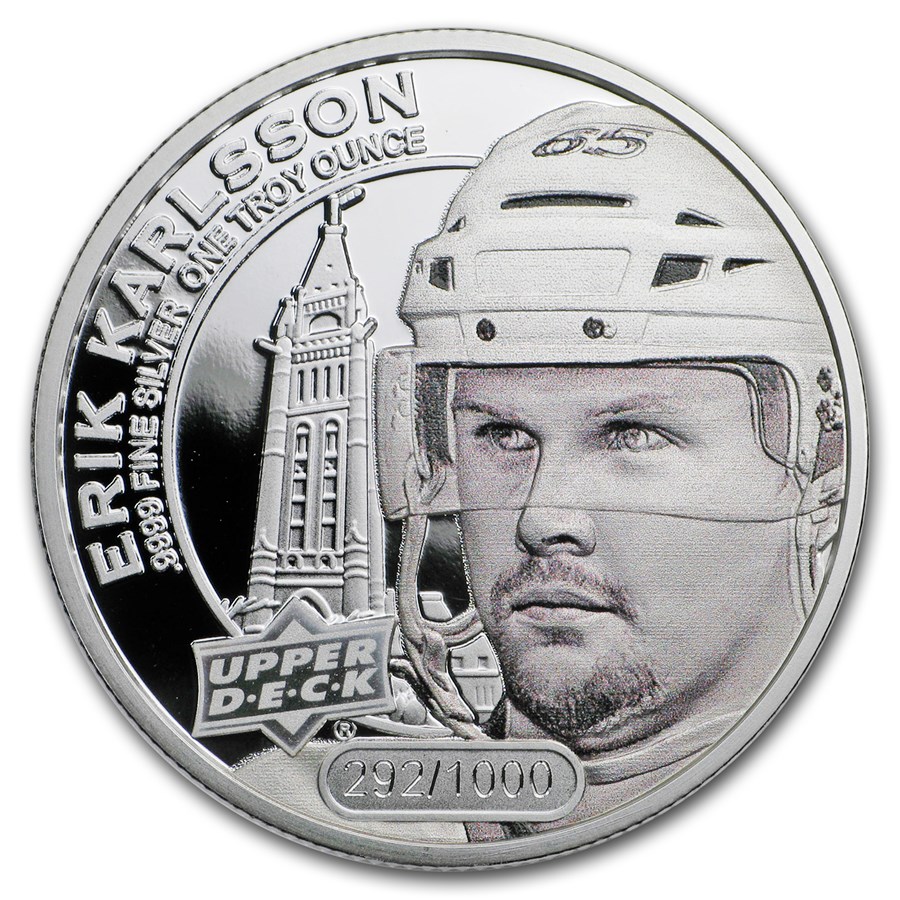 Your purchase is guaranteed to match the quality of the product shown. It will not be this exact item.
Product Details
Product Details
This limited mintage coin is part of a new collectible series by Upper Deck and features iconic National Hockey League players, such as Erik Karlsson.

While some skaters don’t respond well to challenges of making them better leaders, Erik Karlsson took the challenge head on. When the Ottawa Senators named him the ninth captain in organization history to open the 2014-15 season, the Swede accepted the honor and had one of his best seasons. He set a new career with 21 goals and led all defensemen in points (66) for the third time in four seasons. He earned his second career James Norris Trophy as the league’s top defenseman when the season ended. Only four players in the history of the award have won more of them than Karlsson. He has since continued to grow into one of the league’s top leaders and players. He helped Team Sweden to a Silver medal in the 2014 Winter Olympics.