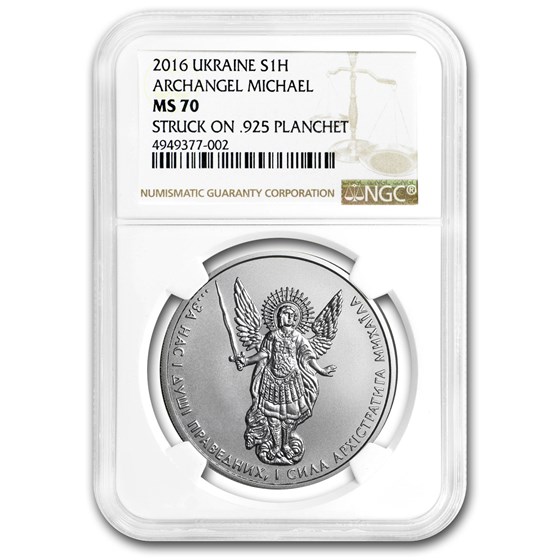 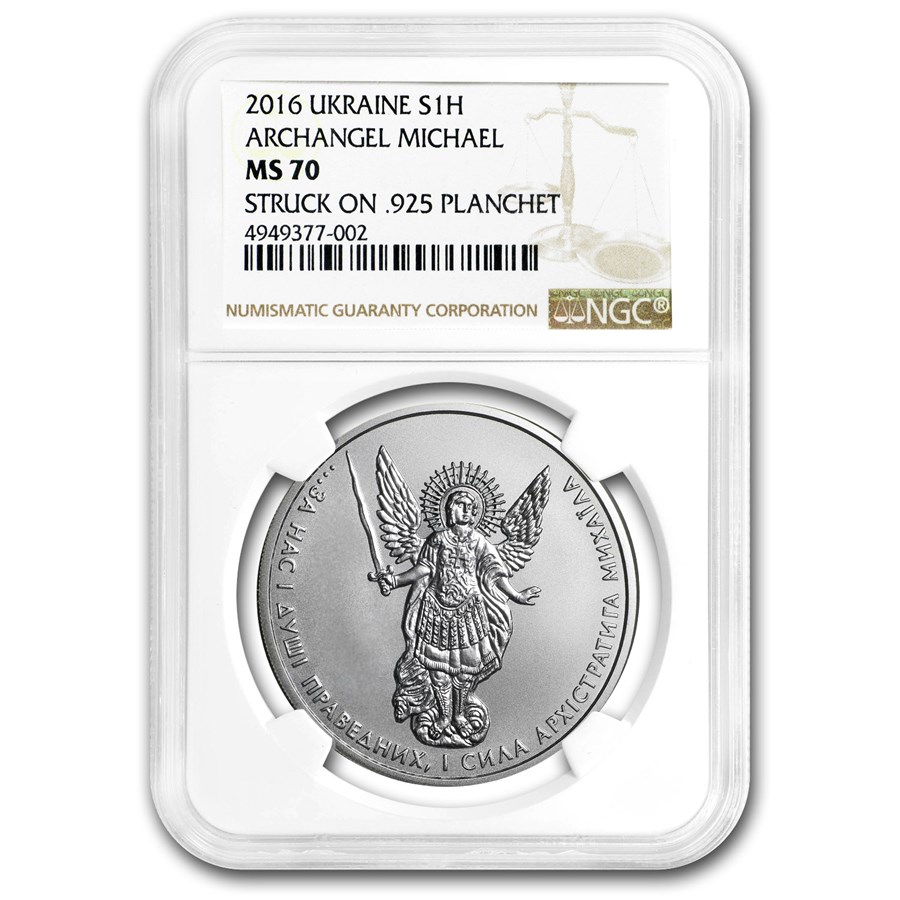 Your purchase will match the quality of the product shown.
Product Details
Product Details
APMEXclusive® This low mintage error coin was supposed to be struck on a .999 Fine Silver planchet but instead was struck on a Sterling (.925 fine) planchet. NGC has only graded a small number of these coins.

The National Bank of Ukraine sets the mintage of the Archangels at the end of each year. The mintages have been below 30,000 coins in the years up to date. A low mintage is expected for this year’s issue. The Archangel Michael notably is known as being the angel that led the defense of Heaven, defeating the dragon, sometimes referred to as Satan or the devil, and his angels.

Coin Highlights:
Protect and display your Silver Archangel Michael coin in style by adding an attractive display or gift box to your order.

Don’t miss out on the opportunity to add this magnificent 2016 Ukrainian 1 oz Silver Archangel Michael MS-70 NGC coin to your cart today!