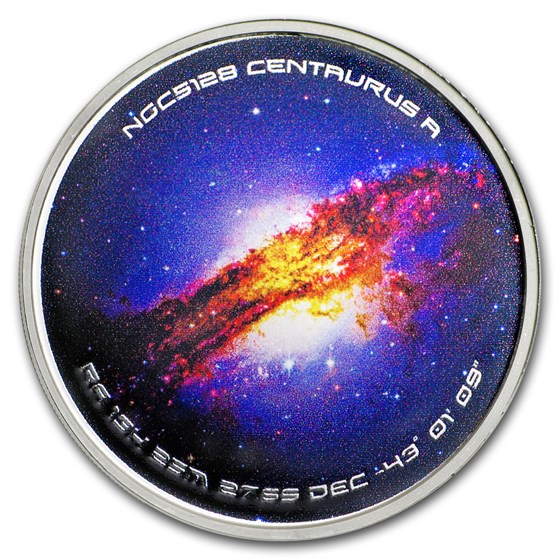 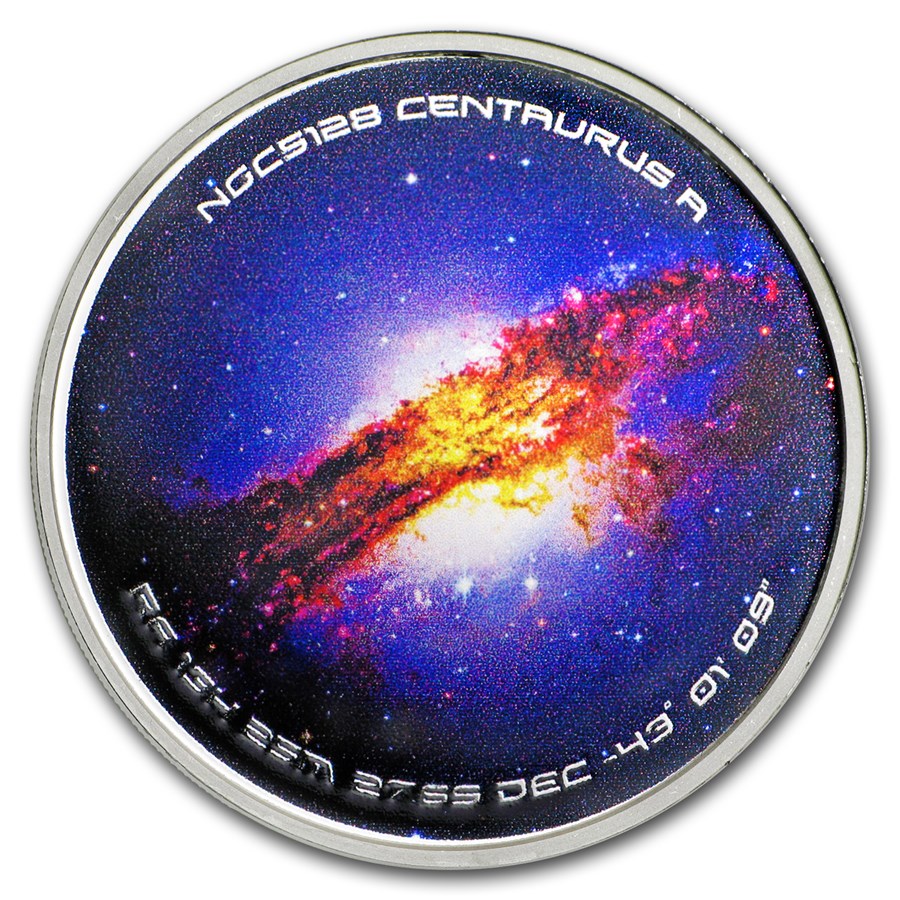 $42.22
Any Quantity
Product Details
Product Details
The Galaxy and Nebulae Spinners Collection is a new concept in numismatic collectibles. Traditional Silver rounds were never meant to be handled lest they spot and tarnish. What fun is that?

Galaxies and Nebula spinners are meant to be touched. The vibrant galaxy and nebula images are imprinted using Osborne Mint’s digital colorization technology. After minting every round is coated with jewelers lacquer to retard tarnishing. Fingerprints wipe off and the finish remains the same over time.

Round Highlights:
These Silver rounds possess impeccable detail and craftsmanship. Add this beautiful 1 oz Silver Round to your collection today!

How does it work? Remove one from of its 2 piece protective capsule and place it on a smooth surface with the color side up. Give it a twirl and watch it spin round and round. Slow the speed of revolution and watch the mesmerizing visual effects unfurl from swirling spirals, pulsating gas clouds and whirling bar galaxies.

Centaurus A or NGC 5128 is a galaxy in the constellation of Centaurus. It was discovered in 1826 by Scottish astronomer James Dunlop from his home in Parramatta, in New South Wales, Australia.

NGC 5128 is one of the closest radio galaxies to Earth, so its active galactic nucleus has been extensively studied by professional astronomers.

The galaxy is also the fifth-brightest in the sky, making it an ideal amateur astronomy target, although the galaxy is only visible from low northern latitudes and the southern hemisphere.

Like other starburst galaxies, a collision is suspected to be responsible for the intense burst of star formation. Models have suggested that Centaurus A was a large elliptical galaxy that collided and merged with a smaller spiral galaxy.