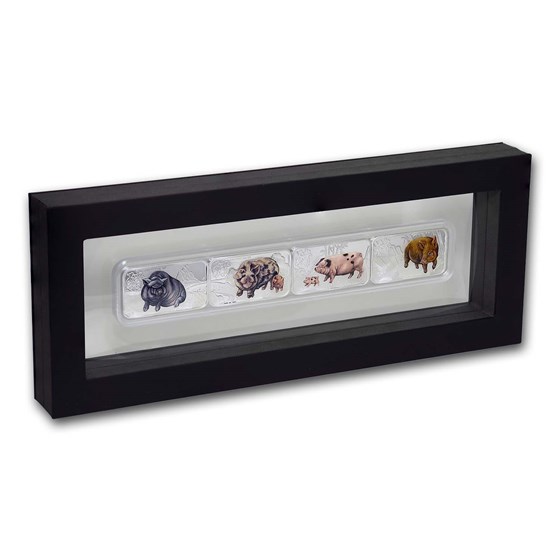 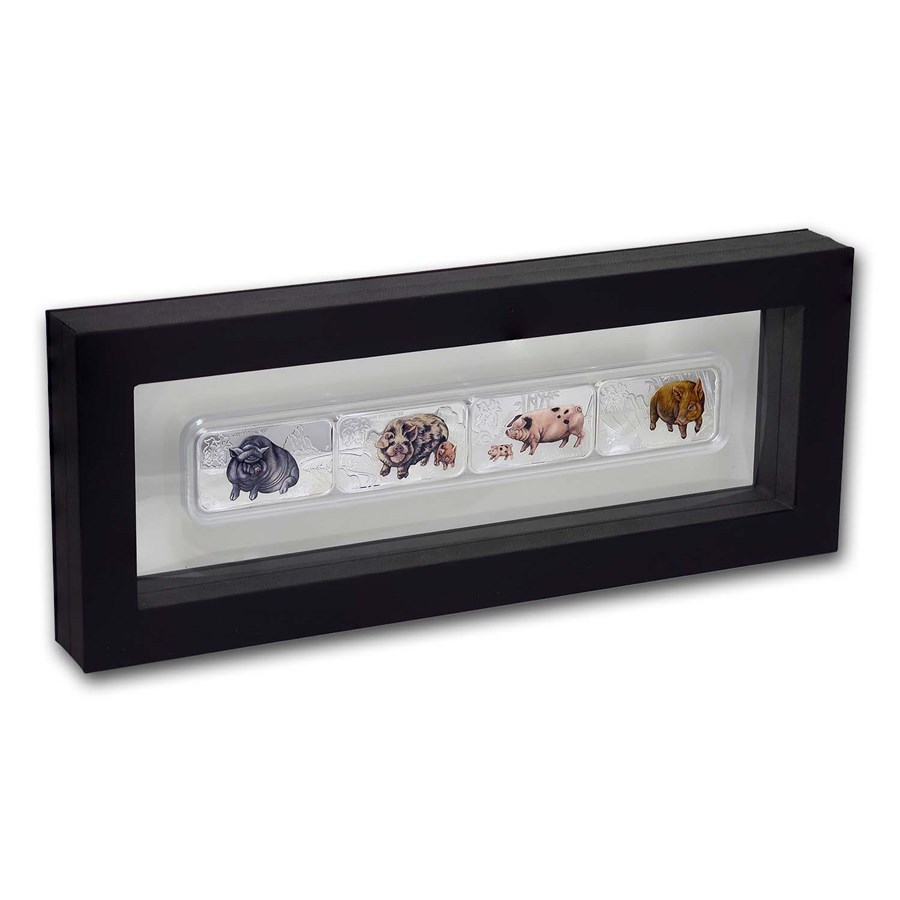 Your purchase will match the quality of the product shown.
Product Details
Product Details
Celebrating the Year of the Pig, this four-coin set is a prestigious and exceptionally limited offering from The Perth Mint.

Struck by The Perth Mint from 1 oz of .9999 fine Silver in proof quality, each coin is issued as legal tender under the authority of the government of Tuvalu.