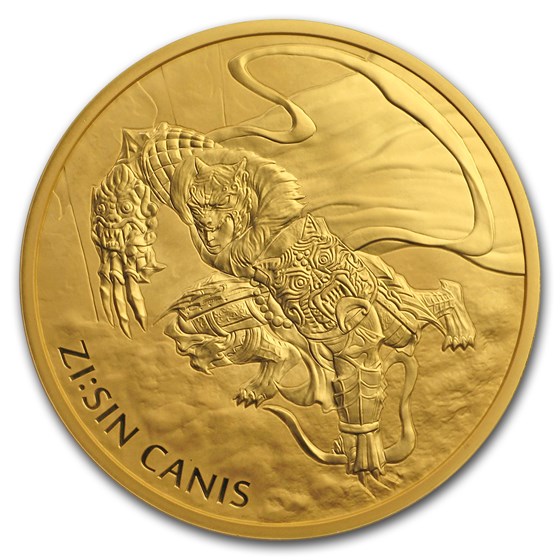 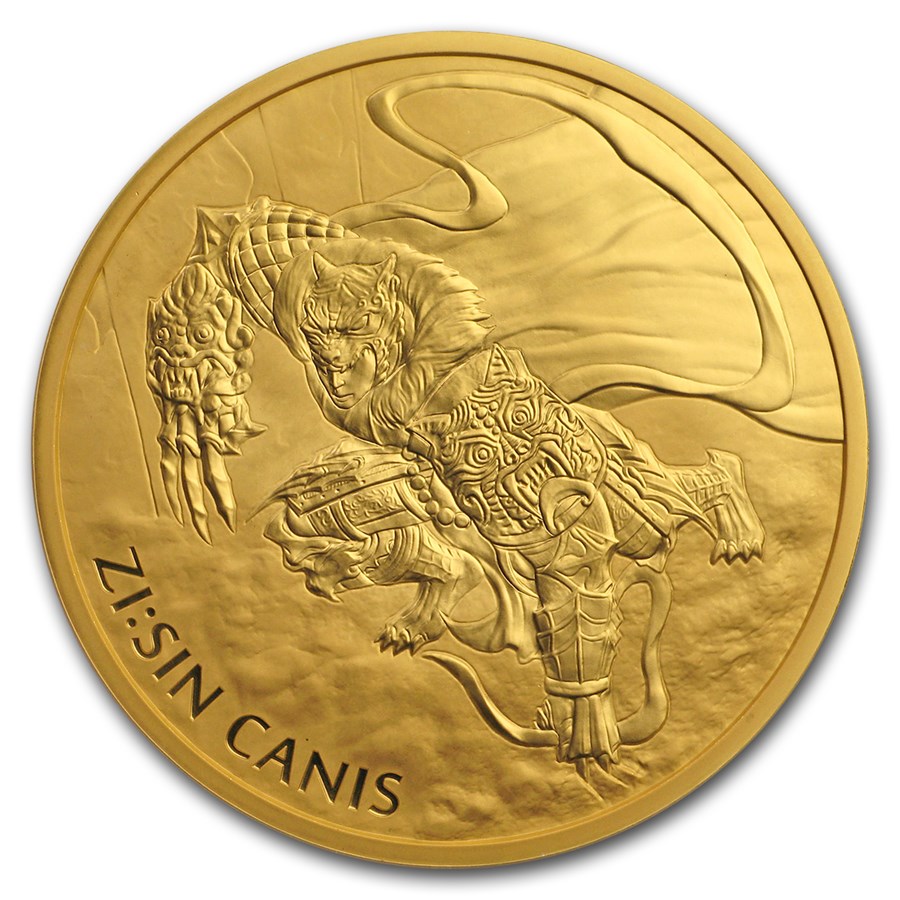 This issue features Canis, the loyal and reliable guide.

Don't miss the chance of owning the second release of Korea's newest Gold medal bullion series. Add one of these Korean 1 oz Gold medals to your cart today!

Canis is a loyal and reliable guider who faithfully protects god and always stays alert despite time, location, or any circumstance. Whenever a demon approaches, it would immediately manage to suppress the foe at once. When God is about to battle the evil forces, Canis would stand in the front line of the 12 troops and lead God's army as a spearhead.