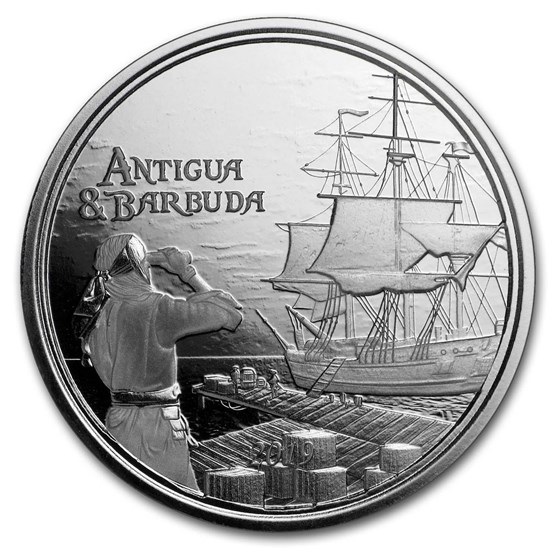 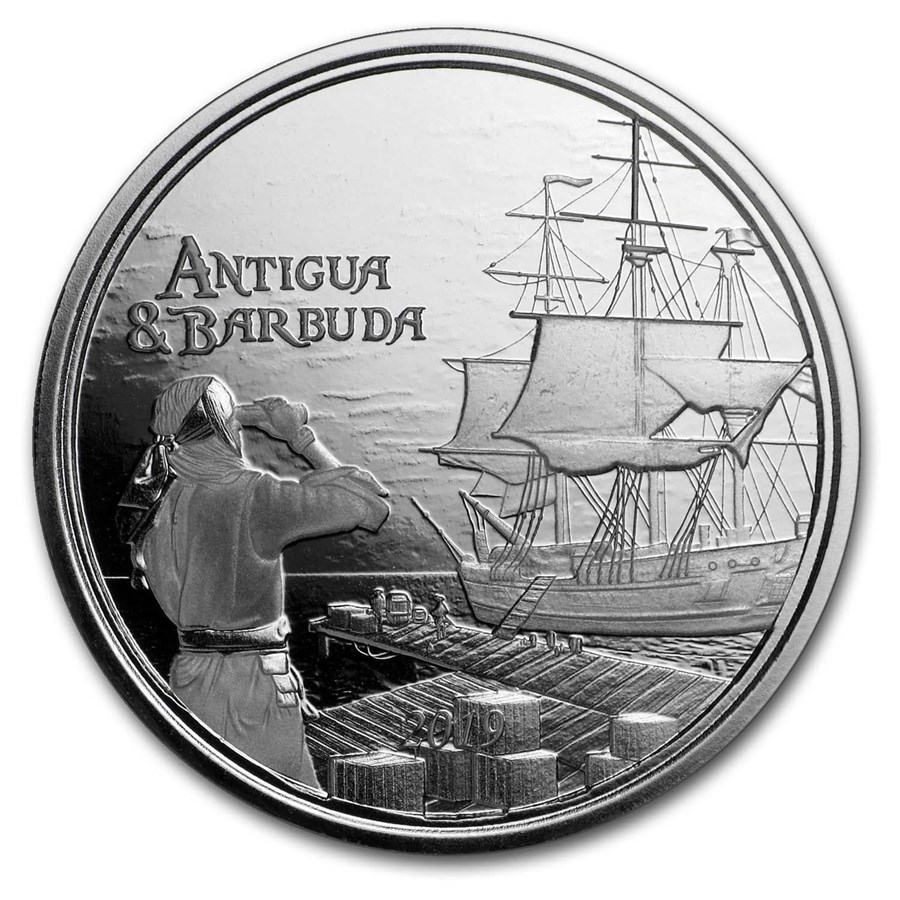 $33.72
Any Quantity
Product Details
Product Details
The popular Rum Runner is back for 2019, as the first release in the EC8 coin program. Issued from the country of Antigua & Barbuda, this coin has a story to tell as an 18th century pirate oversees his crew loading some of the finest rum.

Collect a piece of history from each of the beautiful Caribbean Islands. Add this Antigua & Barbuda Rum Runner BU to your cart today!

One of my faves

I just really love this design. One of my favorites.

No problems came quickly and in damaged. has a beautiful design and great finish. Worth the pick up if you like naval style coins/rounds.

I am a lover of sailing vessels and I am trying to collect everything nautical. These are beautiful examples and I am very pleased.

Gotta love rum runners and pirates; add them to a silver coin and it's a must have!