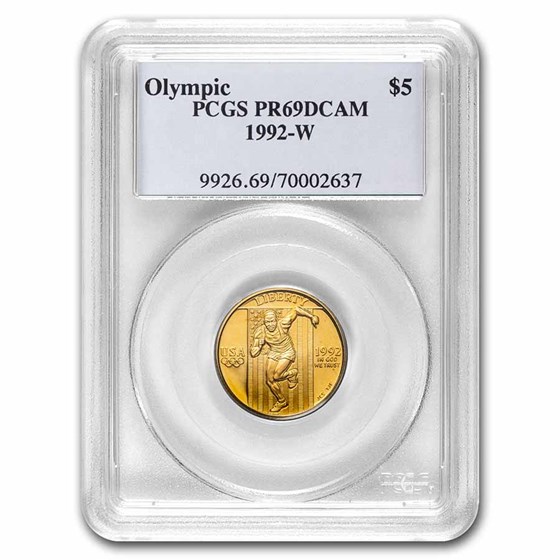 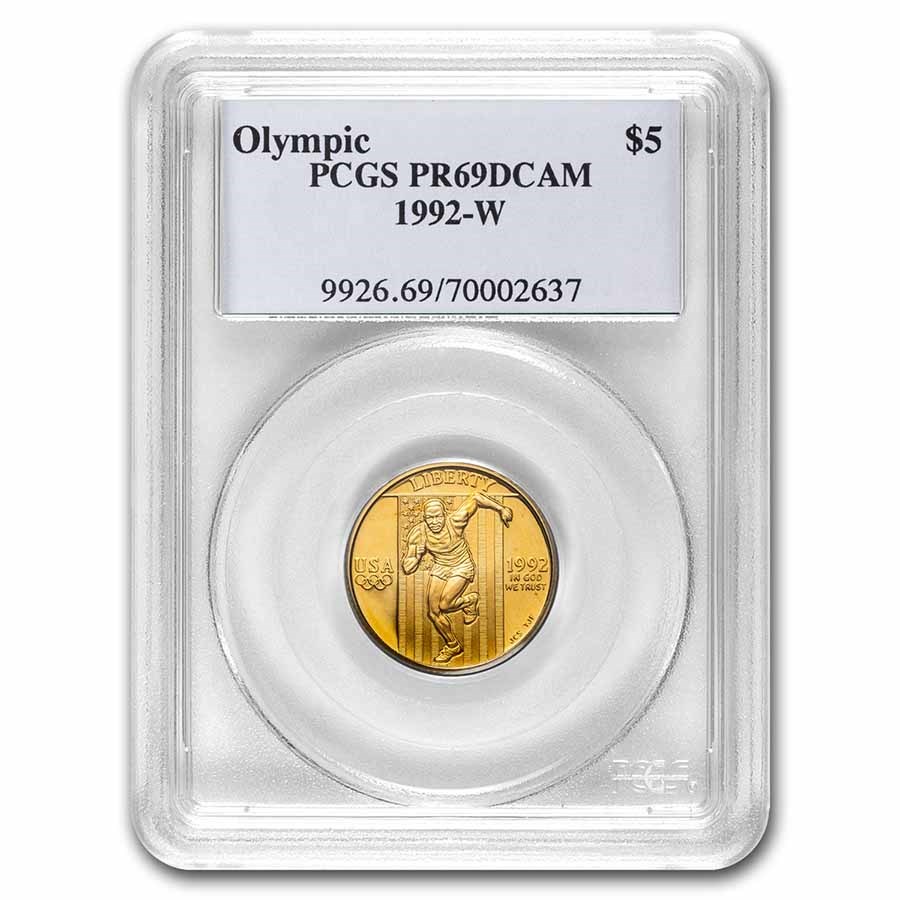 This $5 Gold coin commemorates the participation of the United States in the Olympic Games, which were held in Barcelona in the summer of 1992. This example has been graded a Proof 69 Deep Cameo by PCGS!

The obverse depicts a male sprinter coming off the starting line with a burst of speed. Behind him, the American flag is shown vertically, reminiscent of a track. The reverse features a heraldic eagle clutching arrows and an olive branch in its talons, with a shield at its breast. The Olympic rings and “U.S.A” are shown above the eagle.