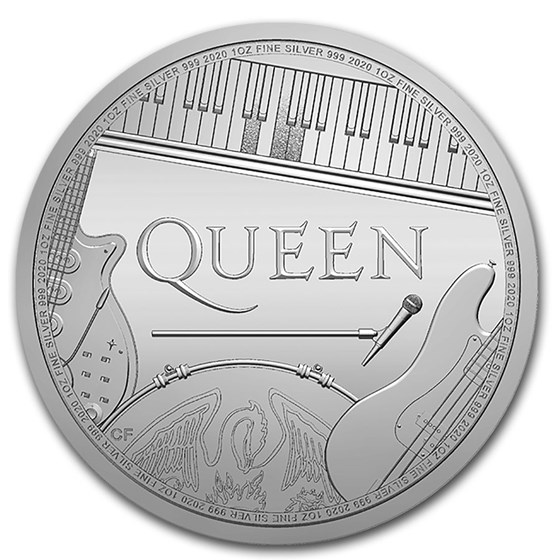 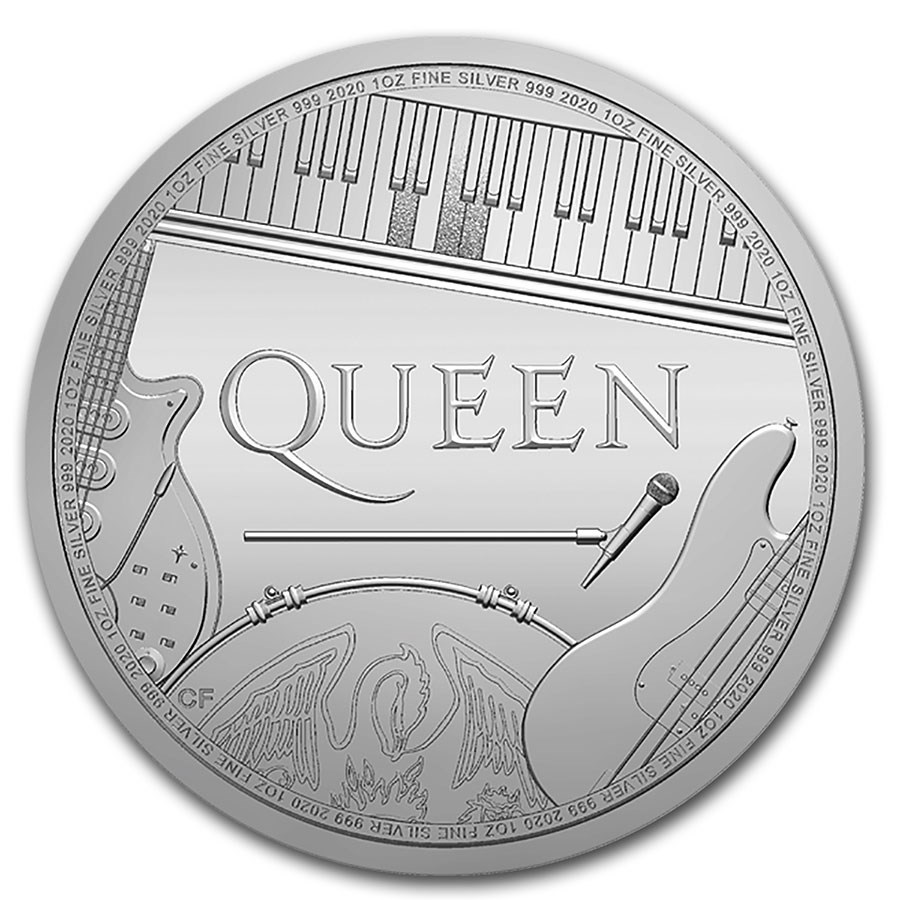 Your purchase will match the quality of the product shown.
Product Details
Product Details
This new series from The Royal Mint celebrates British Music Legends. The first bullion release features the iconic rock band, Queen, with a design approved by Roger Taylor & Brian May. This coin has a limited mintage of only 25,000!

This is going to be a series that is treasured by many. Having a good time guessing which music legend is next in line. All we need now is a matching platinum album to display next to it.