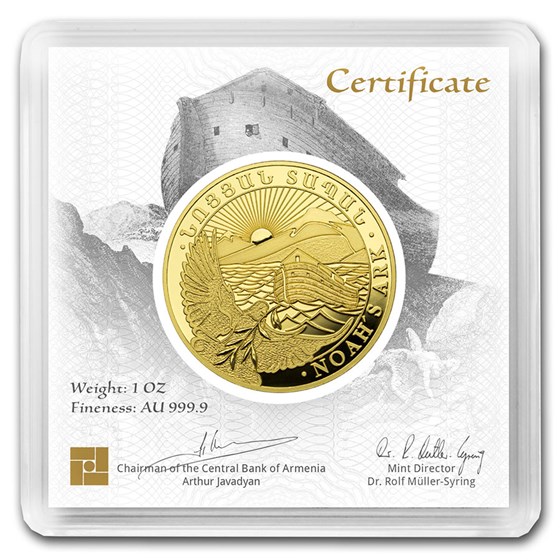 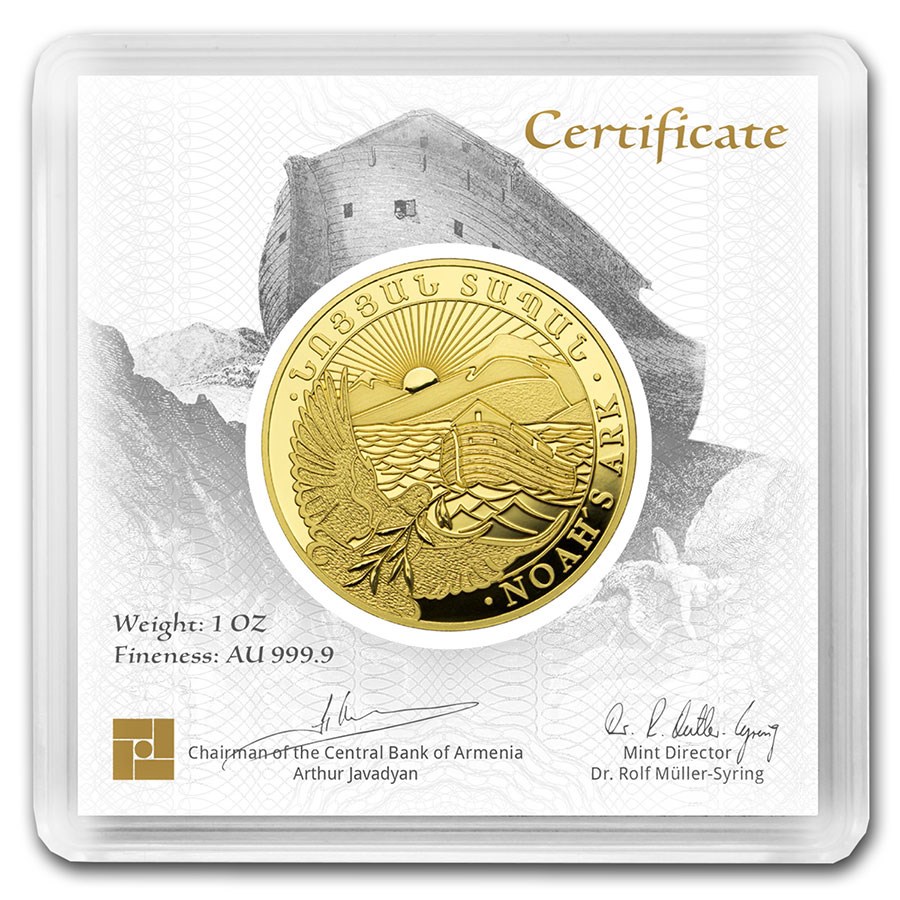 Product Details
Product Details
One of the most popular coins is now available in Gold. This is the first year that the Noah's Ark coins will be offered as a Gold BU coin. The mintage is only 5,000 worldwide.

Coin Highlights:
Enjoy every detail of this coin by adding magnifying loupe to your order.

I am new to the metal market and especially collectable coins. I looked at so many designs before deciding on this one. I researched the mint and artist and decided on this coin. I am glad I did, it's a beautiful piece of art and the way it is packaged and certified makes it a true investment! I will buy again.

Love this coin for its design & the protective case it comes in along with the mint certification.

I was looking for a good 1oz coin to add to my collection and decided on this one since I wanted something more than just a generic buffalo head. The design of the Ark and rising sun in the background is really nice and the Coat of arms of Armenia on the backside really does look much better in gold. The coin comes inside a hard plastic certificate and cannot be taken out, this I believe adds more value while also preserving the BU status. It was placed inside a small zip lock bag that I think was a good idea to protect the plastic from getting scratched. Overall I'm very happy with my purchase and highly recommend this piece to not only invest in gold but also to support the Armenian country.