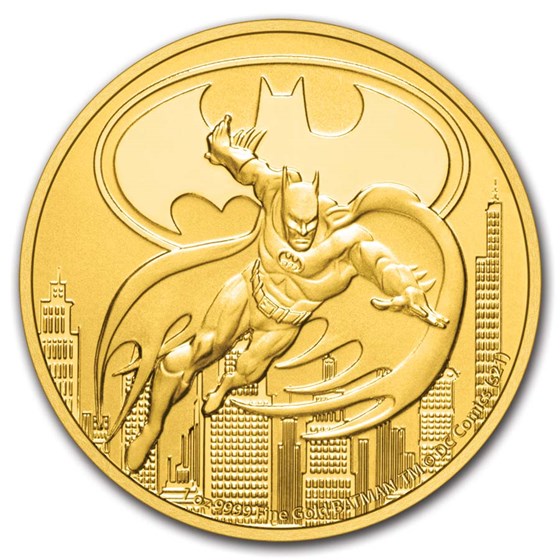 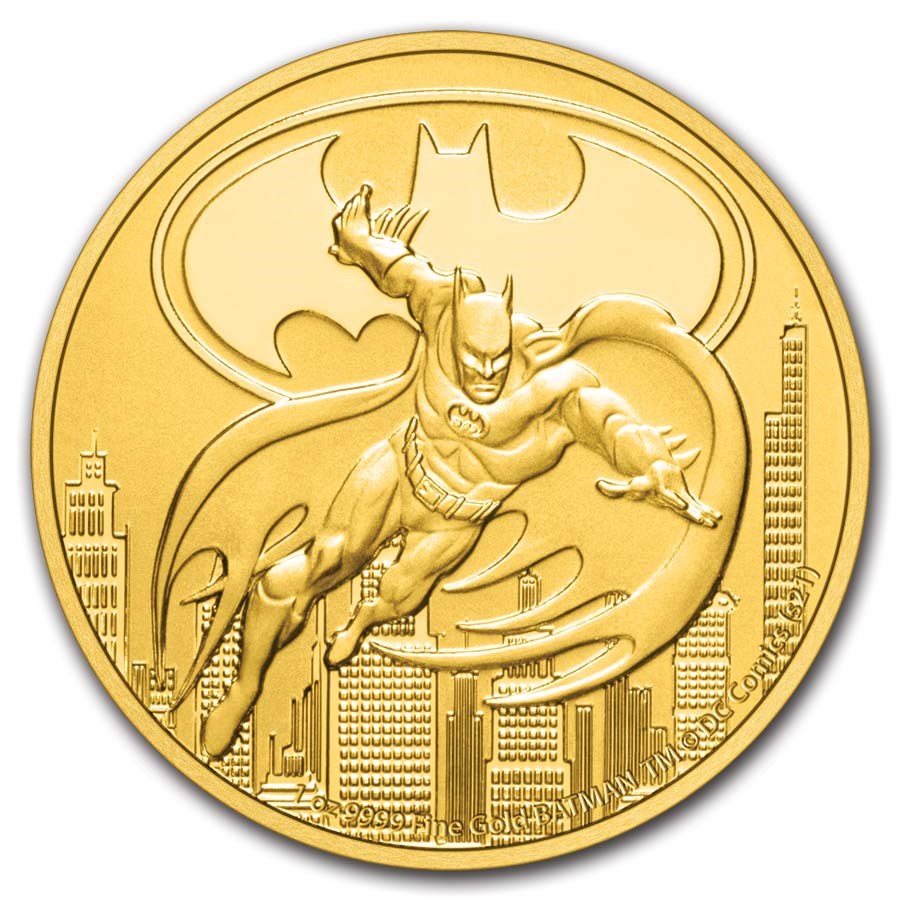 Your purchase is guaranteed to match the quality of the product shown. It will not be this exact item.
Product Details
Product Details
The Justice League series exclusively from APMEX kicks off with Gotham's caped crusader! With a mintage of only 150 1 oz Gold coins, this release is an excellent addition to your super hero coin collection!


Batman and the Justice League
Batman and his alter ego Bruce Wayne came into existence in 1939 for National Comics Publications, which would later become DC Comics. Known for his tragic backstory and grittier character, Batman is arguably one of the more popular super heroes ever created and has been the subject of countless comic books, cartoons and feature films. Unlike his fellow heroes, Batman relies upon more plausible human abilities such as wit, martial arts training and high tech gadgetry to solve crime and defeat the bad guys. As a co-founder of the Justice League, Batman stands shoulder to shoulder with the likes of Superman, Aquaman, the Flash, Wonder Woman, and Cyborg who will feature on future coin releases in this series.