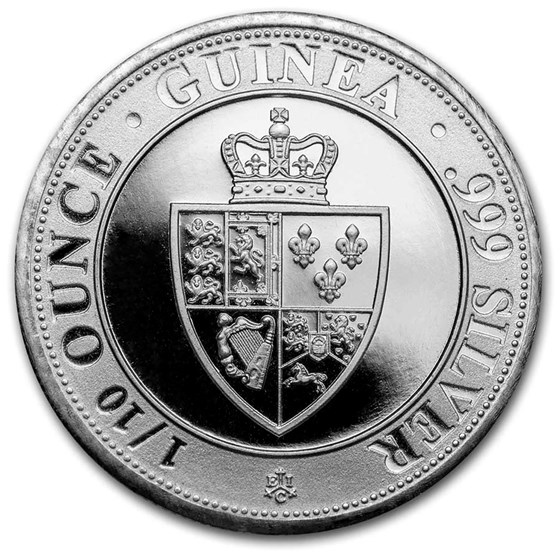 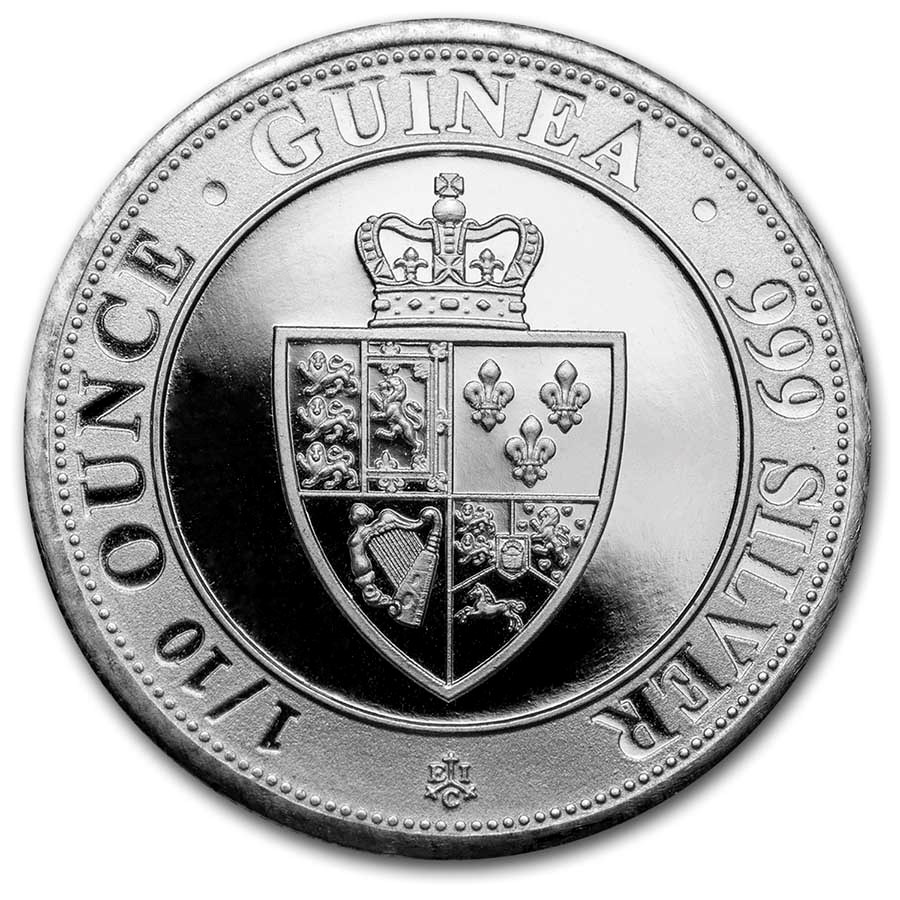 Your purchase is guaranteed to match the quality of the product shown. It will not be this exact item.
Product Details
Product Details
This continues the Spade Guinea Shield design in a smaller, 1/10 ounce of .999 fine Silver with a traditional East India Company pattern in the field. The coin celebrates one of the world's most respected Gold coinages symbolizing trust and reliability.

With historical significance and a beautiful design, this bullion coin is a perfect way to carry on the reputation and trust of the Guinea. Add this 2021 1/10 oz Silver Spade Guinea Shield coin to your cart today!

Absolutely gorgeous. The face side shines like only a silver coin thus size can. I will definitely be adding more to my collection.

Great detail for a small coin. I love the Guinea coins so had to have the small ones too.