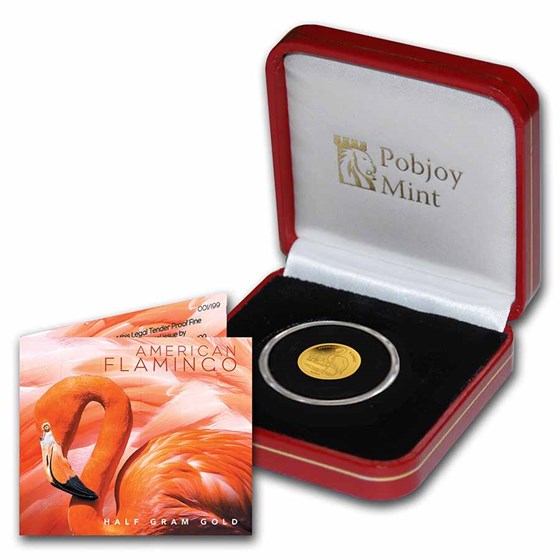 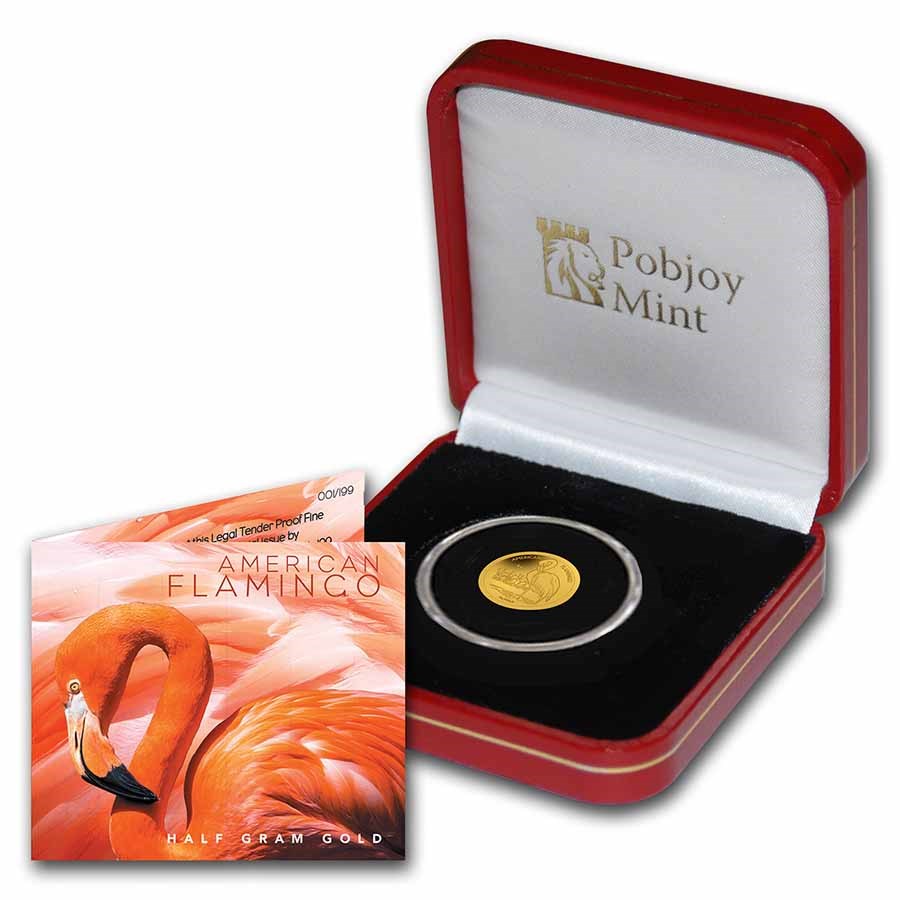 Product Details
Product Details
This APMEXclusive® bullion coin was minted on behalf of the British Virgin Islands by Pobjoy Mint. The beautiful 1/2 gram .999 fine Gold Proof-like coin has an extremely limited mintage of only 199 coins worldwide.

Protect and display your Gold Flamingo Cameo coin in style by adding an attractive display or gift box to your order.

This coin would be a great addition to any coin collection or portfolio. Own this exciting bullion coin minted for the British Virgin Islands by adding this stunning 1/2 gram Gold Flamingo Cameo BU coin to your cart today.

The American Flamingo:
American Flamingos are the only species of Flamingo that naturally inhabits North America. These large wading birds have a beautiful reddish-pink plumage, which can be seen in Florida. More specifically, the most southern regions such as South Florida and the Keys. These beautiful birds lay a single egg on a muddy mound during the months of May and August. The incubation time can take anywhere from 28 to 32 days, which both parents look after their young until about 6 years of age or until they reach full maturity.

Pobjoy Mint:
Pobjoy Mint is a privately held company in Surrey, England was founded in 1965 by Derek Pobjoy and continues to be a family ran business. Pobjoy is the leading manufacturer of legal tender coins for British Overseas Territories. As a private mint, they also produce medals, medallions, official regalla (royal crowns and scepters), tokens, and a wide range of numismatic coins. Also, Pobjoy is known for developing the first man-made precious metals called Virenium®. Additionally, Pobjoy is the only mint that has perfected the manufacturing of colored Titanium coinage in the world!