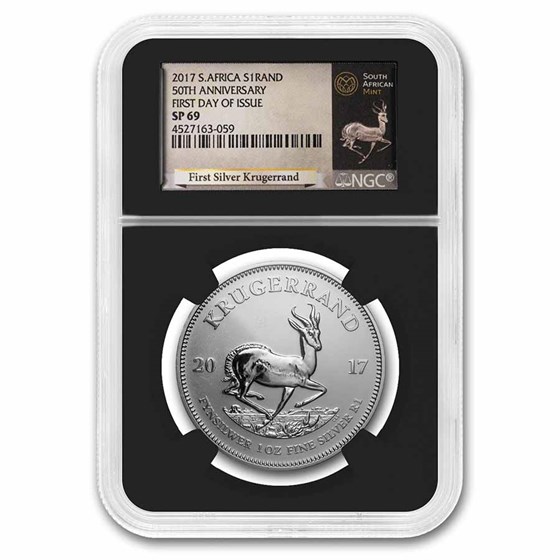 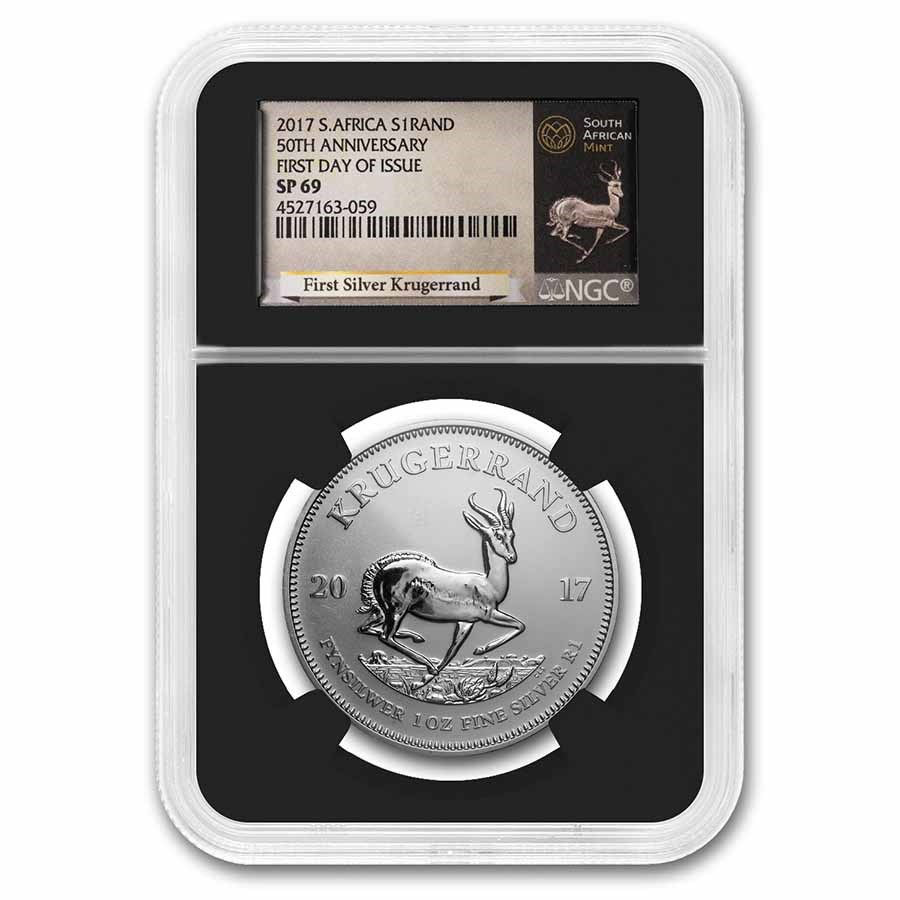 Product Details
Product Details
Only $159.99 per coin
This is the first-ever Silver Krugerrand minted by the South African Mint and is released in celebration of 50 years of the Krugerrand. NGC certified the coin went through an exclusive submission process that enabled them to label it First Day of Issue.

The South African Mint is limiting the mintage of this coin and it is sure to sell out quickly. Add the very first 1 oz South Africa Premium Uncirculated Silver Krugerrand coin to your cart today!

The South African Mint is considering these to be Gem Premium Uncirculated due to the quality of the Silver being used and the state of art technology which enhances the detail of the coin.