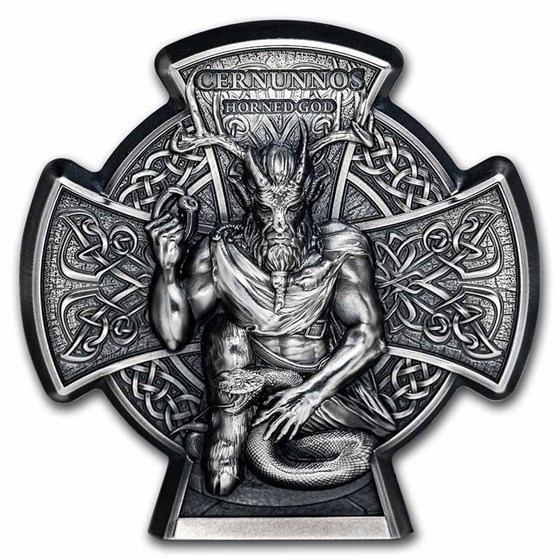 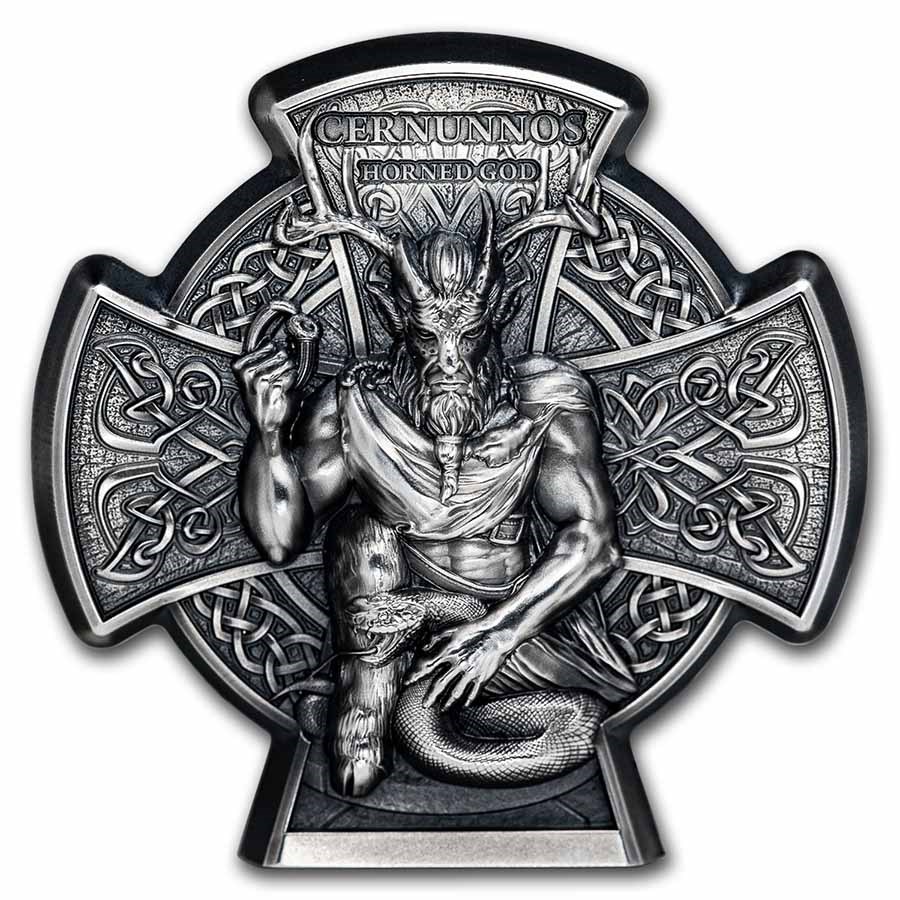 $25.63 $26.73
Any Quantity
27% Off The Premium
Product Details
Product Details
This Cernunnos coin has a breathtaking antique finish and is struck with Smartminting© technology. It marks the third release in the Warriors series, and has a mintage of only 999 coins!

Protect your Horned God coin by adding these cotton gloves to your order.

This impressive Silver coin would be a unique addition to any collection . Add this 3 oz Antique Silver Cernunnos coin to your cart today!

Cernunnos
Cernunnos is a pagan god with a human torso, stag's feet, and mighty antlers. In Paganism, he is an archaic and powerful deity who is also worshiped as the "Lord of Wild Things". It is also rumored that the well-known image of the horned Christian devil is based on the celtic depictions of Cernunnos.

Warriors Series
The CIT Warriors series began in 2019 with the release of the Manannán- 1st King of Mann coin, which was very popular amongst collectors and sold out at the mint. This unique series continued with the 2020 release of the Boudica- Warrior Queen and continues to impress with the most recent launch featuring Cernunnos. All three coins in this series feature immaculate detail and a unique celtic cross shape!