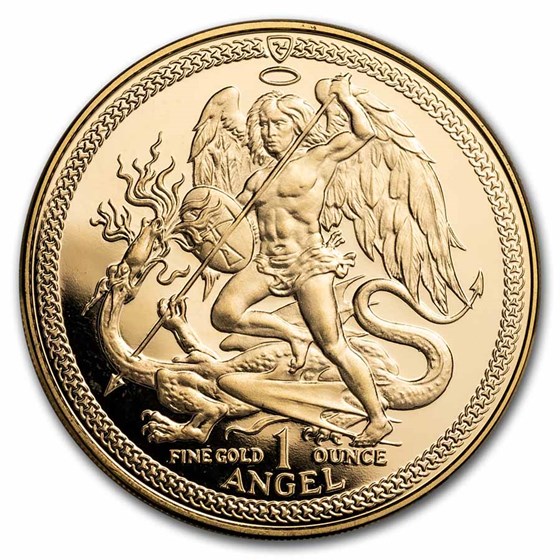 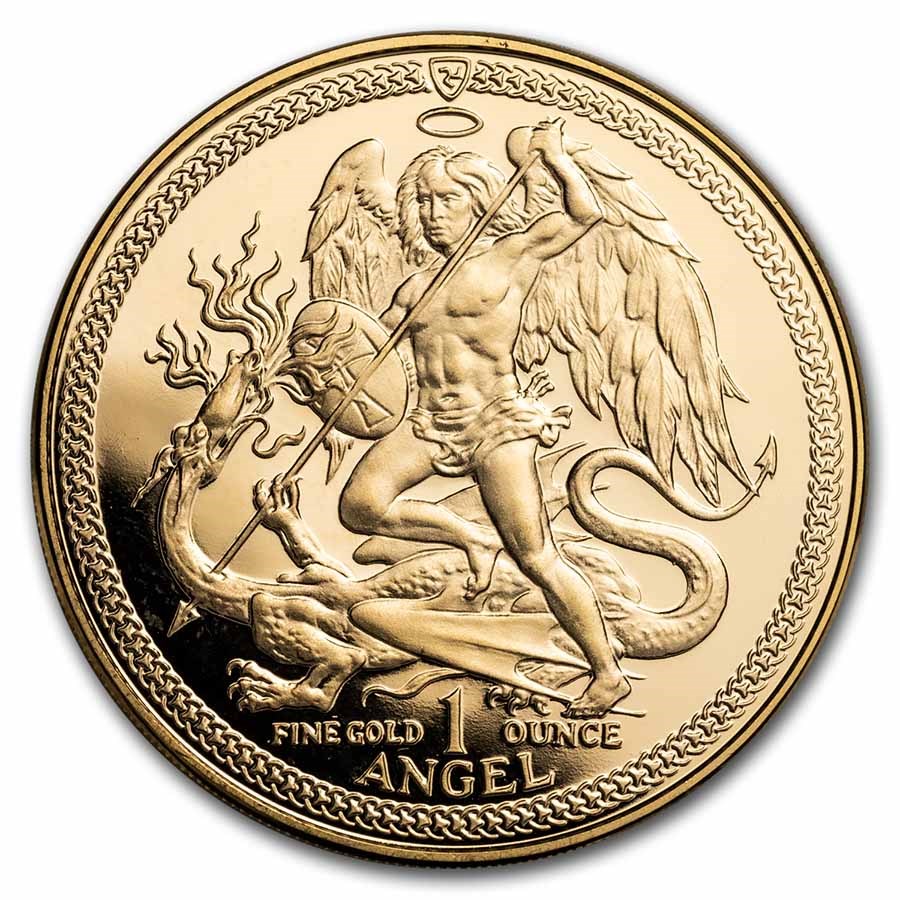 Coin Highlights:
Protect and display your 1984 Isle of Man Proof Gold Angel coin in style by adding a pair of cotton gloves to your order.

Add this stunning Angel in PF-70 Ultra Cameo condition to your cart today!

The Angel was a Gold coin originally introduced into England by Edward IV in 1465 as a new issue of the Noble. Based on a French coin, the Angelot or Ange, its name was derived from the representation of the Archangel St. Michael. A truly iconic coin the Angel, depicting an image of the Archangel Michael slaying the dragon, was thought to bring good luck and health and was traditionally given to sufferers of the disease known as the "King’s evil" or scrofula, in a medieval ceremony intending to cure them with the "royal touch".