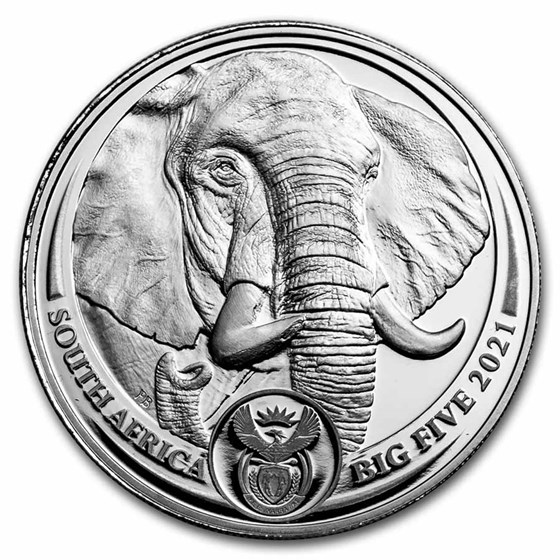 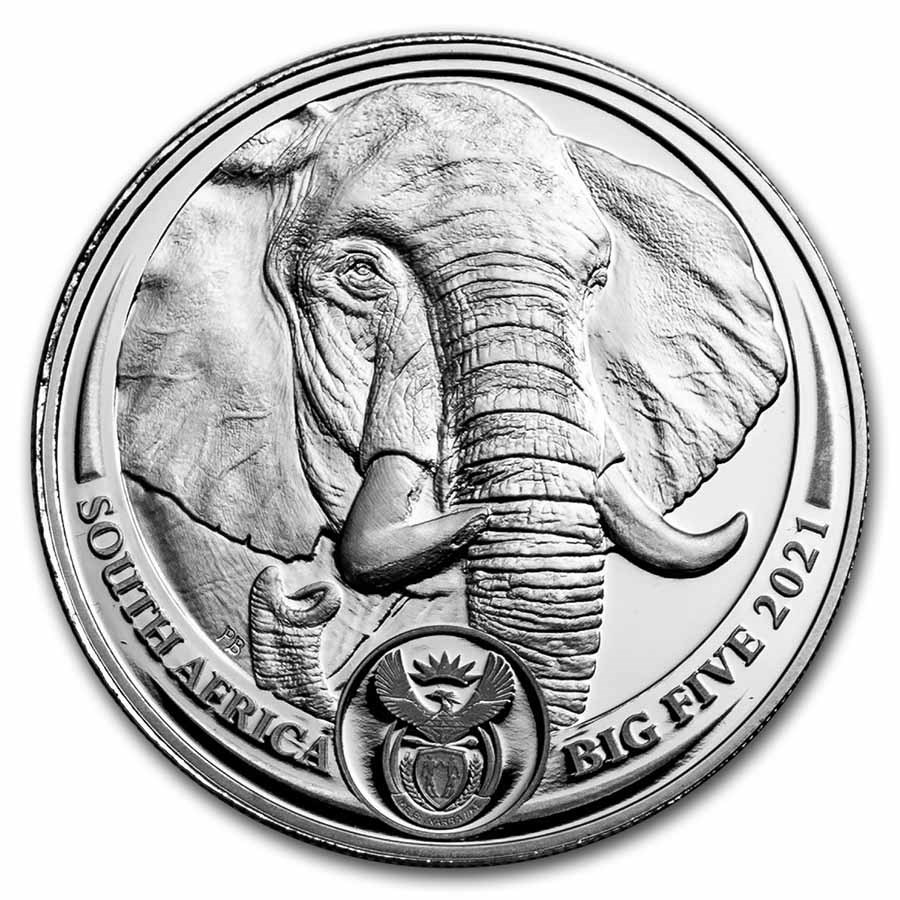 Handle your 1 oz Proof Platinum Elephant coin with care by adding these cotton gloves to your order.

Don't miss out on the first coin of this exciting series. Add this 1 oz Proof Platinum Elephant coin to your cart today!


Big Five Series
First introduced in 2019 this series features wildlife synonymous with Southern Africa. The series includes the elephant, lion, rhino, leopard and buffalo. Series II of the Big Five was introduced in 2021 due to its popularity. Each coin in the series has a limited mintage and is a great series to collect for coin collectors, nature lovers and anyone who appreciates great art on precious metals.