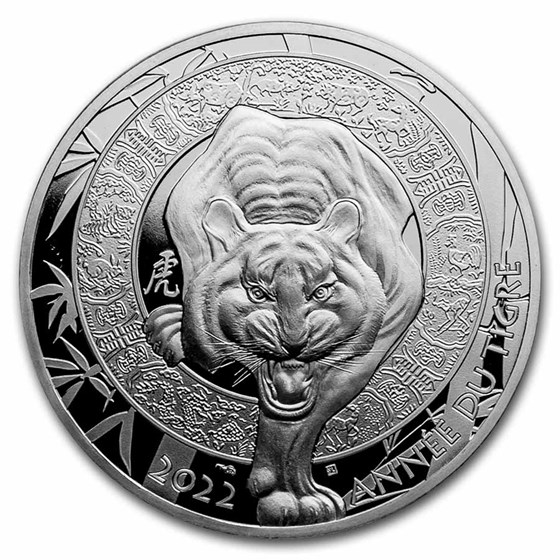 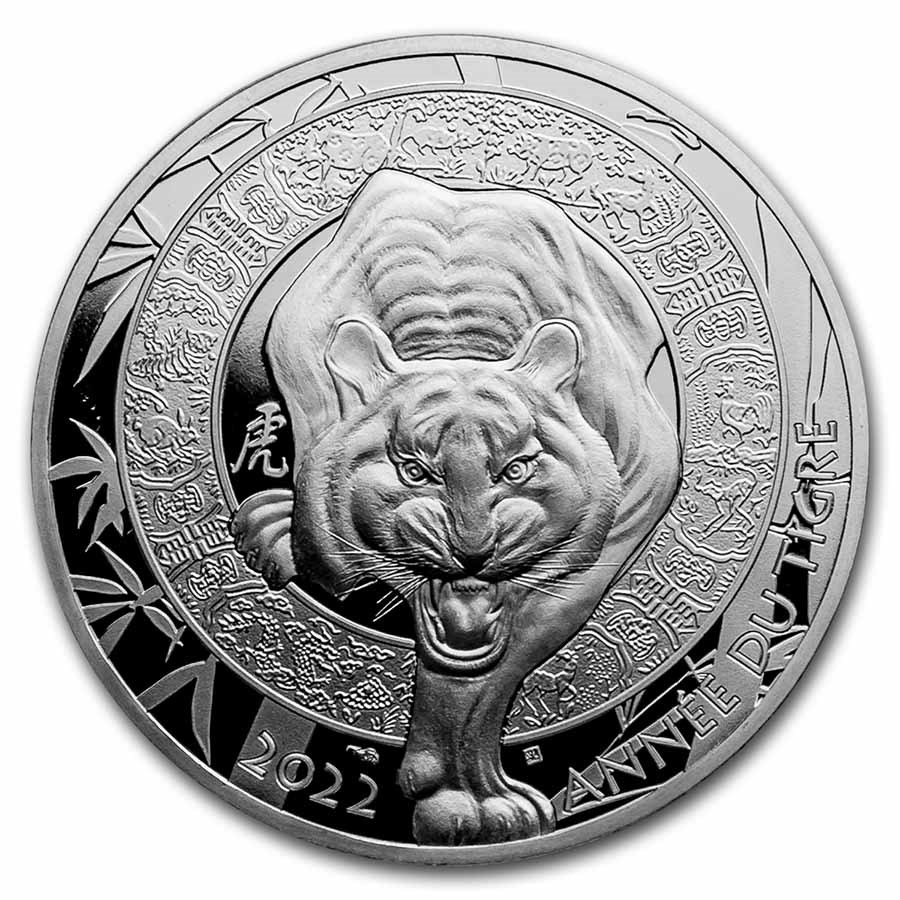 Product Details
Product Details
Only $99.99 per coin
The third sign of the Chinese zodiac, this 2022 Year of the Tiger release has a limited mintage of only 3,000 coins!

Coin Highlights: Protect your Monnaie de Paris capsules from fingerprints by adding these cotton gloves to your order!

This Silver coin would be a great addition to any collection or an ideal gift for a loved one. Add this 2022 France Silver €10 Year of the Tiger Proof (Lunar Series) coin to your cart today!

The Lunar Calendar
The Chinese calendar is one of the oldest in the world and is based off of the sun and moon. Months are set according to the moon. For example, the first day of each month is the new moon and the 15th day is the full moon. Because the solar year counts 12 lunar months plus a dozen days, seven intercalary months are added over each 19 years in order for the calendar year to stay within a solar year. According to Chinese tradition, the first calendar system was created by the Yellow Emperor in 2637 BC. The Gregorian calendar was officially adopted by the PRC in 1912, then extended to the whole state in 1929. New Year is between January 20th and February 21st each year.

Chinese signs of the zodiac include the Rat, Ox, Tiger, Rabbit, Dragon, Snake, Horse, Goat, Monkey, Rooster, Dog and the Pig. Each animal is a symbolizes personality traits of people born during the sign. Check out our great collection of Lunar Silver Rounds.