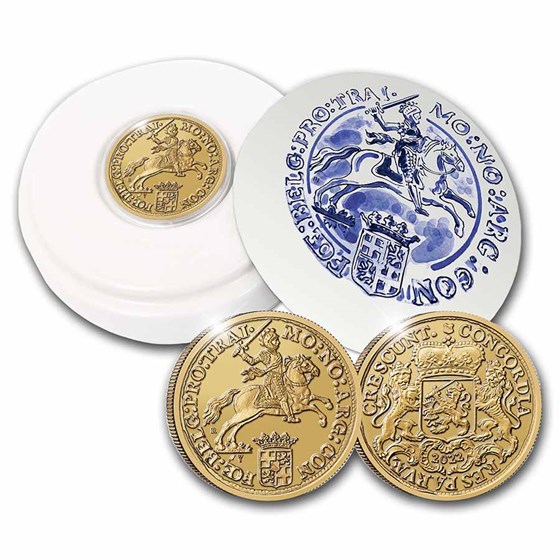 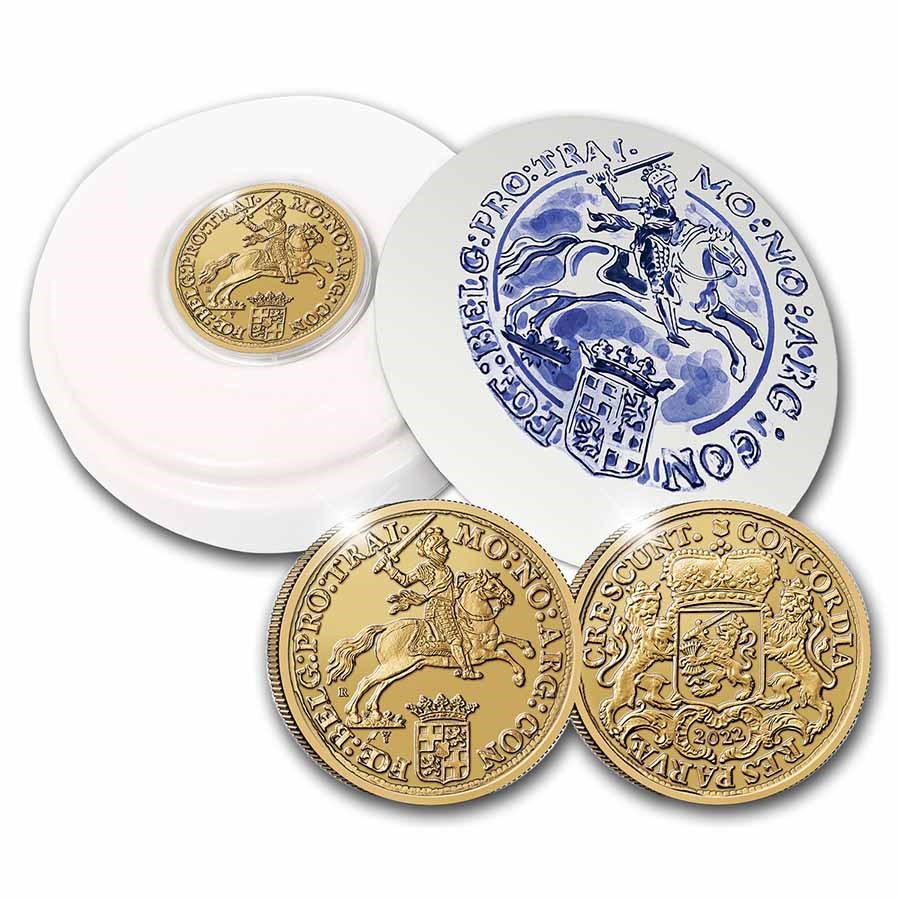 Your purchase will match the quality of the product shown.
Product Details
Product Details
This official 2 oz .9999 fine Gold restrike coin of the Ducaton "Silver Rider" has been brought back by the Royal Dutch Mint and comes with a limited mintage of only 20 coins housed in the Royal Delft earthenware.

New for 2022, the Royal Dutch Mint has released a modern restrike of the "Silver Rider" which was first issued in 1761 from the province of Utrecht. According to many, it is the most beautiful coin ever issued!

This stunning Gold Proof coin is loved around the world for its 2 oz metal content and classic restrike design. Add the 2022 Netherlands 2 oz Gold Proof Ducaton Silver Rider Restrike to your cart today!

Originally, it was the intention to found the mint in the capital city of Amsterdam, but since there was insufficient finance available, it was decided to locate the national mint seat in Utrecht.