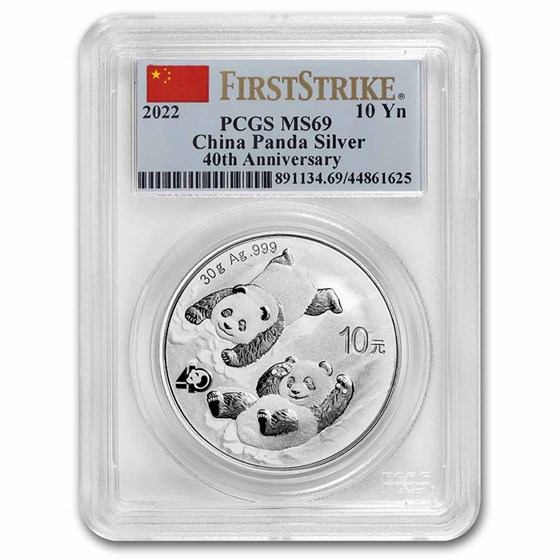 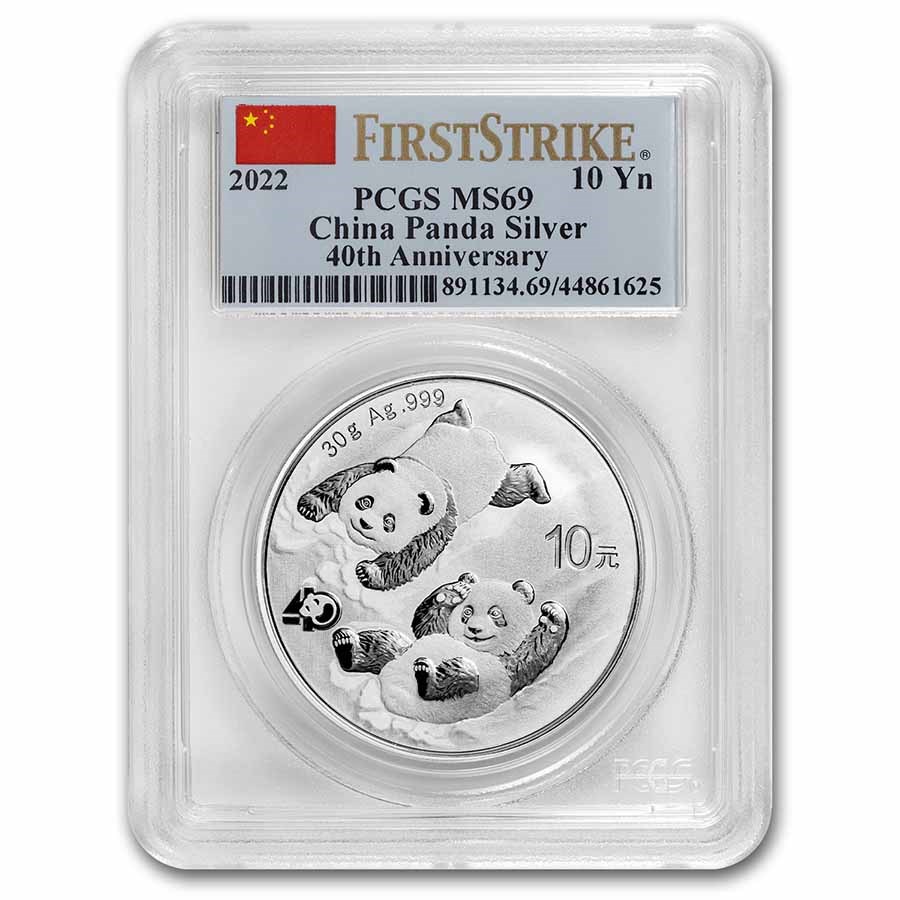 Product Details
Product Details
This label was made specifically to commemorate the 40th anniversary of the Panda series. The popular Silver Panda series gains even more collectibility with the near perfect MS-69 grade from PCGS, one of the top coin grading services.

The 2022 40th Anniversary Silver Panda is sure to be an even greater collectible. Add the 2022 30 gram Silver Chinese Panda coin to your cart today!

The giant panda lives in a few mountain ranges in central China, mainly in Sichuan, but also in neighboring Shaanxi and Gansu. As a result of farming, deforestation and other development, the giant panda has been driven out of the lowland areas where it once lived.