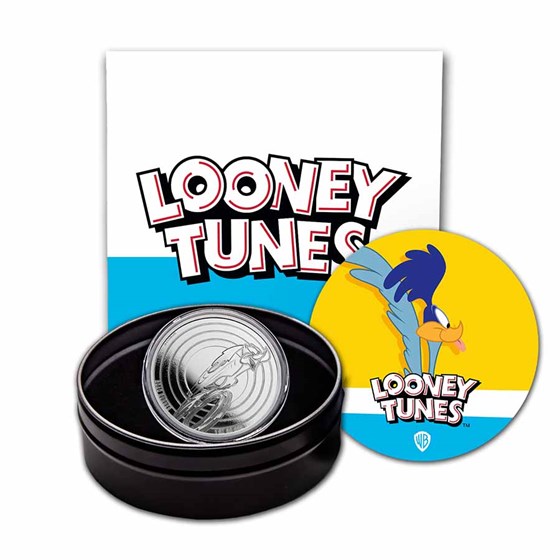 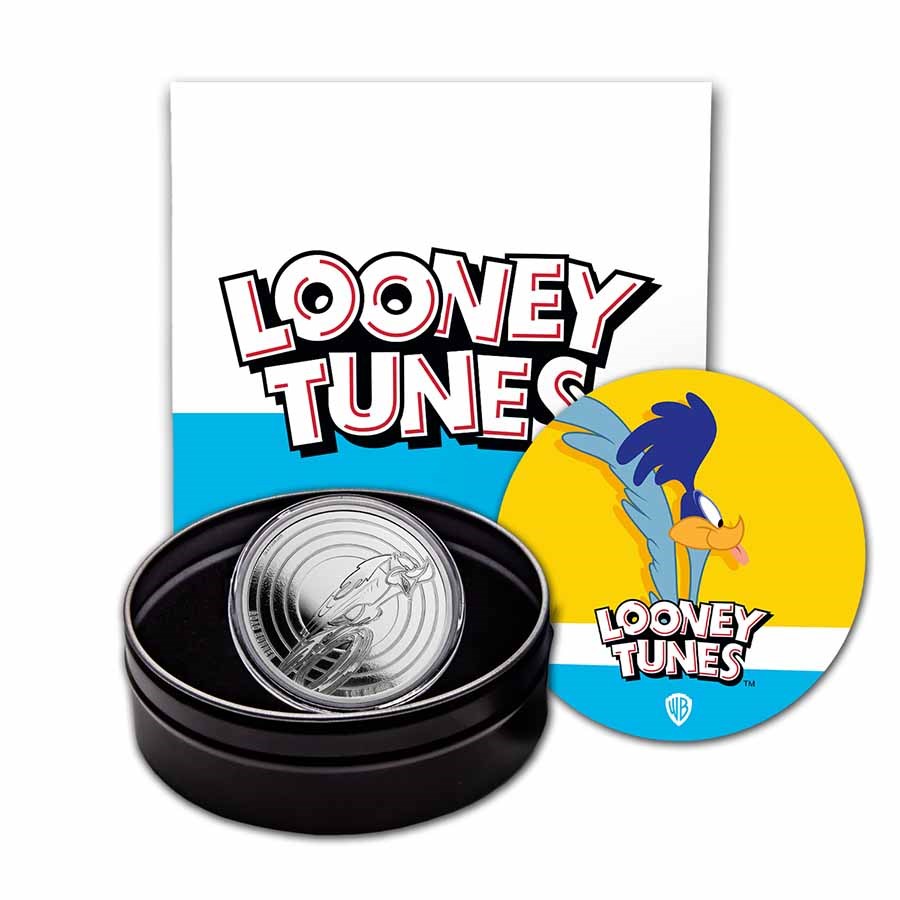 Product Details
Product Details
Only $89.99 per coin
This APMEXclusive® has a limited mintage of only 250 coins. This Proof Silver coin features a favorite animated carton character, Road Runner.

Don't miss out on adding an iconic cartoon character to your collection. Add this 2023 1 oz Silver Road Runner coin to your cart today!

Samoa
The country of issue, Samoa, is located in the South Pacific and is an island nation. The population is approximately 185,000 but many native Samoans now live in New Zealand, Australia and California. The Samoan way dates back more than 3,000 years and is still present today. Samoa is known for its natural beauty, hospitality and as a place for adventures.

Looney Tunes®
Some of our favorite animated cartoon characters belong to the Looney Tunes family. The first film series was produced in 1930 and introduced everyone to some of these lovable characters. Bugs Bunny, Daffy Duck, Tweety, Road Runner and many more were brought to life for all to enjoy. Looney Tunes characters have been on television, feature films, comic books, video games and music albums.