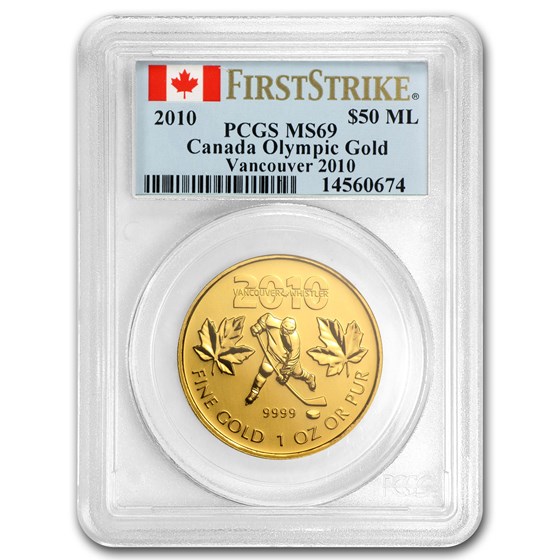 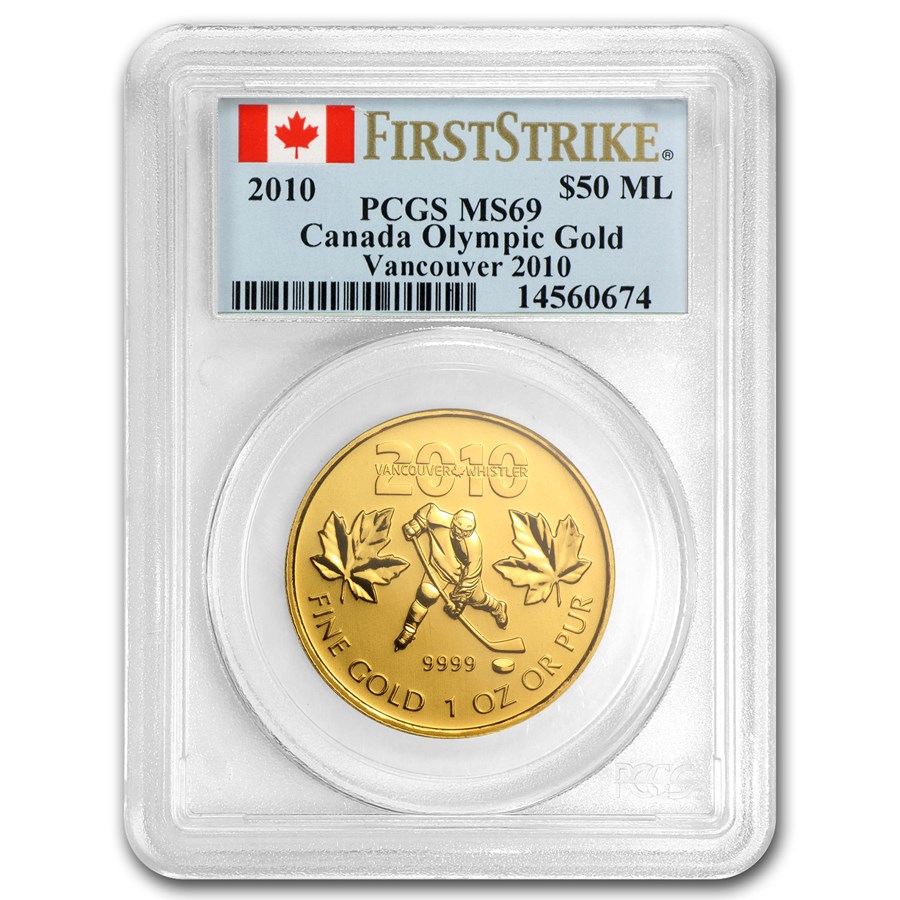 $1,906.89
As Low As
Product Details
Product Details
In honor of the 2010 Olympic Winter Games held in Vancouver, British Columbia, the Royal Canadian Mint released this beautiful Gold coin to commemorate the event. The 2010 issue depicts a hockey player between two maple leafs on the reverse.

This Gold coin is the third and final coin of a series commemorating the 2010 Winter Olympics, each featuring a different design.

Coin Highlights:
Protect and display your Gold Maple Leaf in style by adding an attractive presentation box to your order.