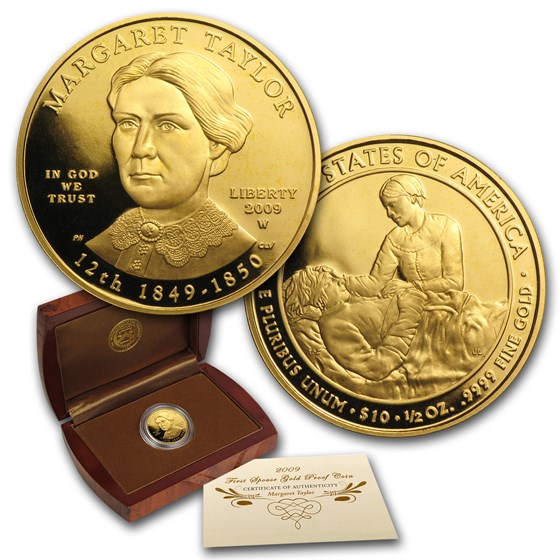 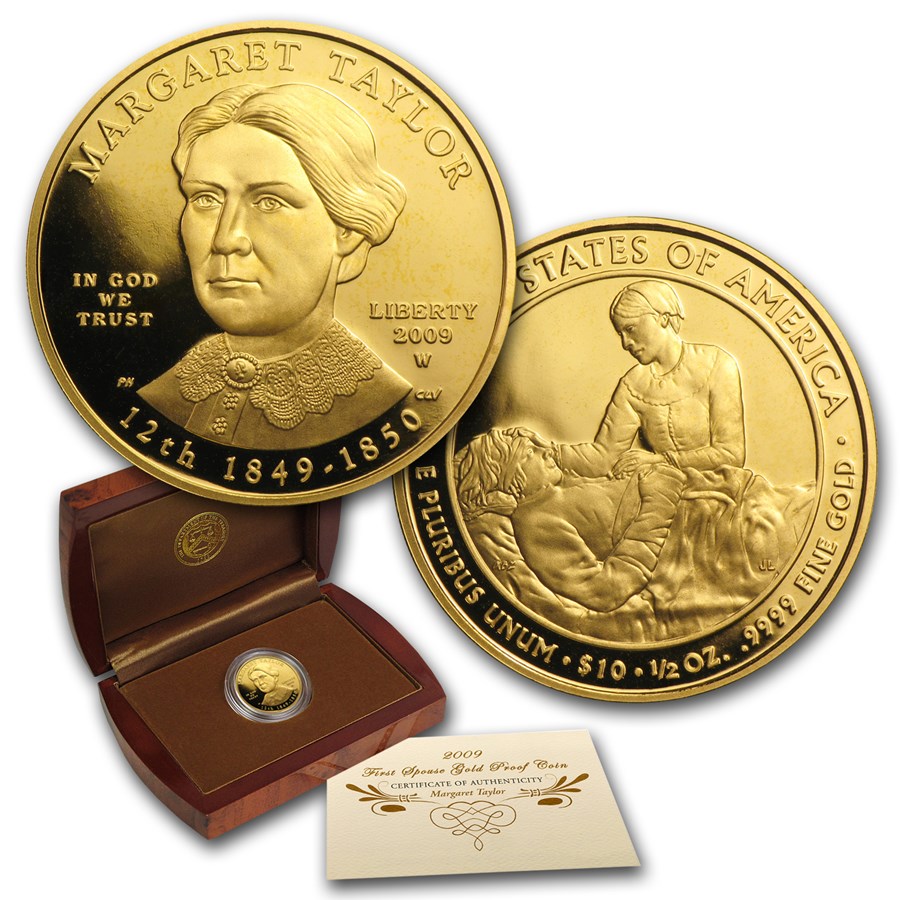 Product Details
Product Details
First Ladies have made many contributions to their husband's presidency. This First Spouse coin pays tribute to the accomplishments of the beloved Margaret Taylor.

Coin Highlights:
This series of coins honors Presidential First Ladies who have added so much to our country. Add this 1/2 oz Gold coin to your cart today!

Margaret "Peggy" Taylor was born on a tobacco plantation to a wealthy Maryland family. As a child, she was friends with Martha Washington's granddaughter. Peggy met her husband, Zachary, in Lexington, KY. She would follow her husband around the continent as he moved his way up the ranks of the U.S. Army. Zachary received the Whig Party nomination and ran for president in 1848. Peggy was not happy that her husband may be the next president of the United States. As it turned out, she was right. Zachary died after two years as president. Peggy was too devastated to attend the funeral.