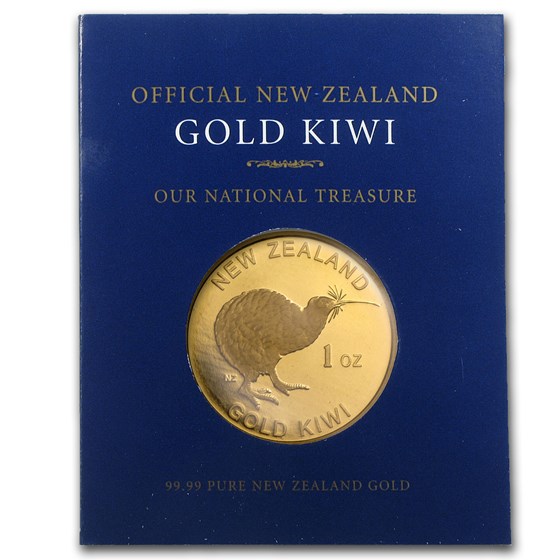 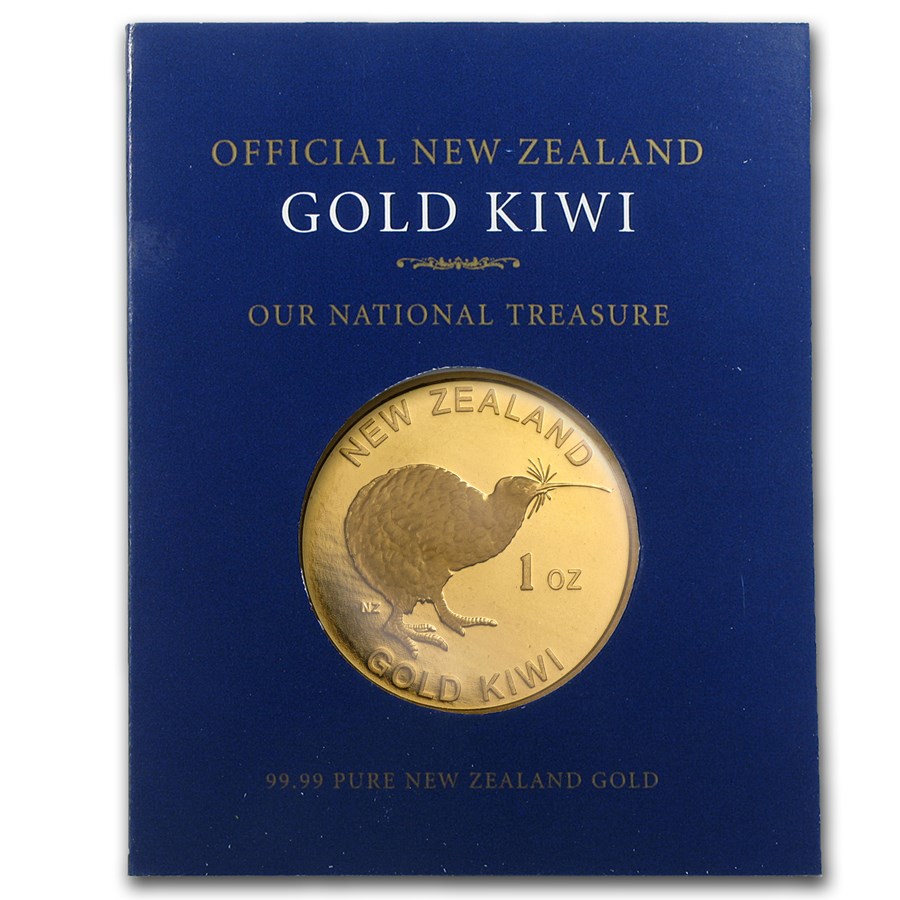 $2,097.89 $2,117.89
As Low As
16% Off The Premium
Product Details
Product Details
This .9999 fine Gold round features an image of an endangered Kiwi bird from New Zealand. It is unusual for a Gold round to be assayed by PAMP, normally only bars have been given that honor.

Round Highlights:
The Kiwi is the most well known national symbol for New Zealand, and beautifully depicted on this .9999 fine Gold round. Much like the Kiwi bird themselves, this unique Gold Round is usually only seen in New Zealand. Add this New Zealand 1 oz Gold Kiwi round to your cart today!