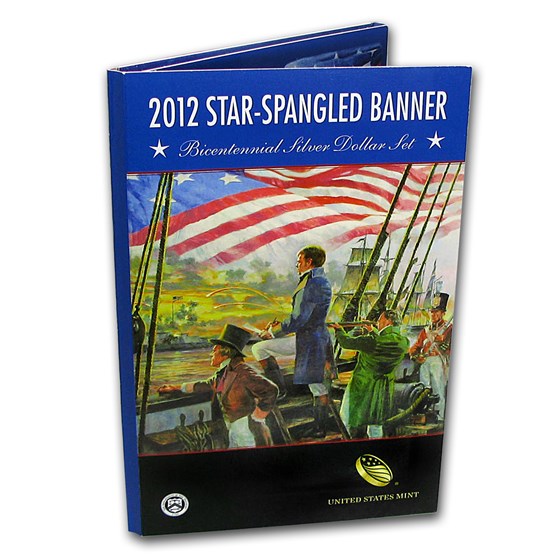 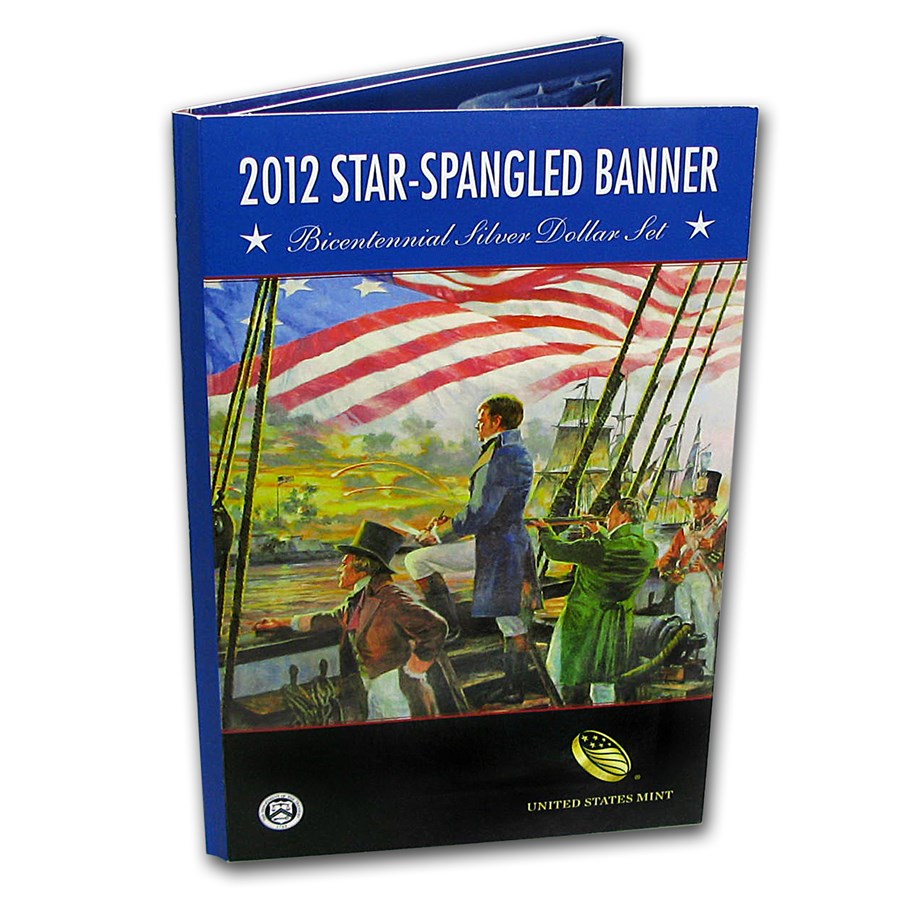 $21.79
As Low As
Product Details
Product Details
This Silver coin was issued in commemoration of the bicentennial of the writing of the Star-Spangled Banner which went on to become the national anthem of the United States. An original U.S. Mint booklet is included in this version.

On the morning of September 14, 1814, Francis Scott Key saw a 42 by 30 foot American flag flying over Fort McHenry through clearing smoke caused by a 25-hour British bombardment of Fort McHenry. He was so inspired by the sight that he wrote a verse he called “The Defense of Fort McHenry.” By 1916, these words, sung to the tune of the British melody “To Anacreon in Heaven,” had become so widely popular that they were renamed “The Star-Spangled Banner,” and President Woodrow Wilson ordered they be played at military and naval ceremonies.