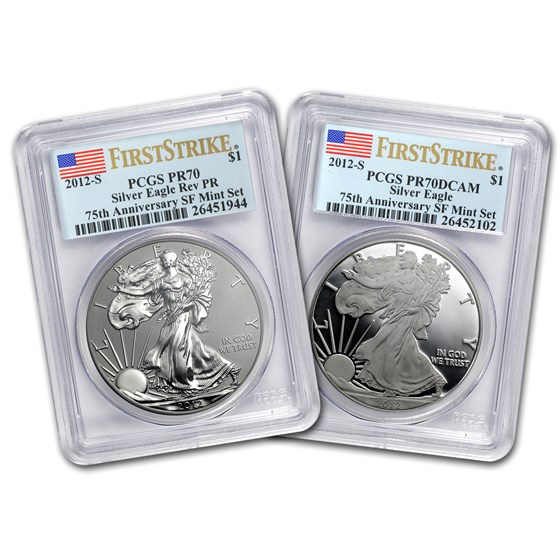 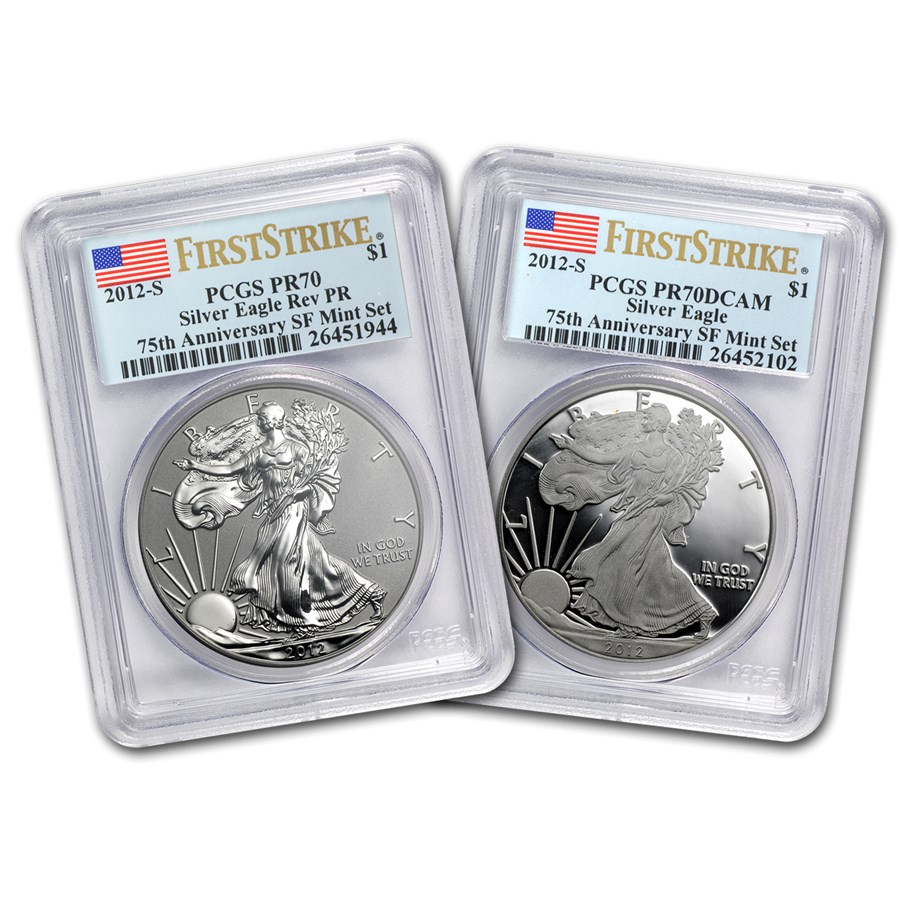 Only 224,911 of these sets were minted in 2012 to mark the 75th Anniversary of the San Francisco Mint. Don't miss out on your chance to add the 2012 2-coin Silver American Eagle Set to your Silver Eagle collection. Add one to your cart today!