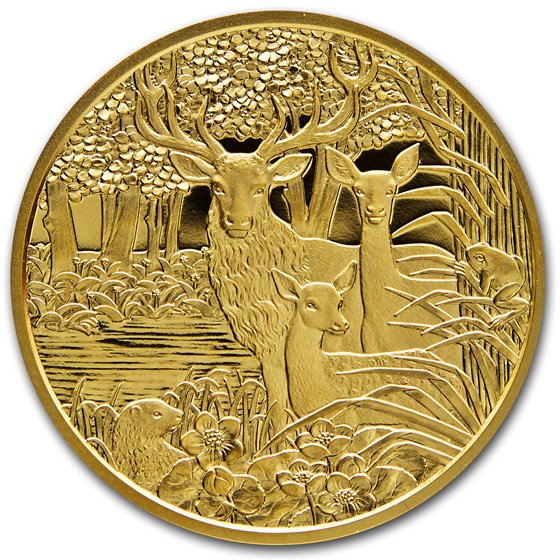 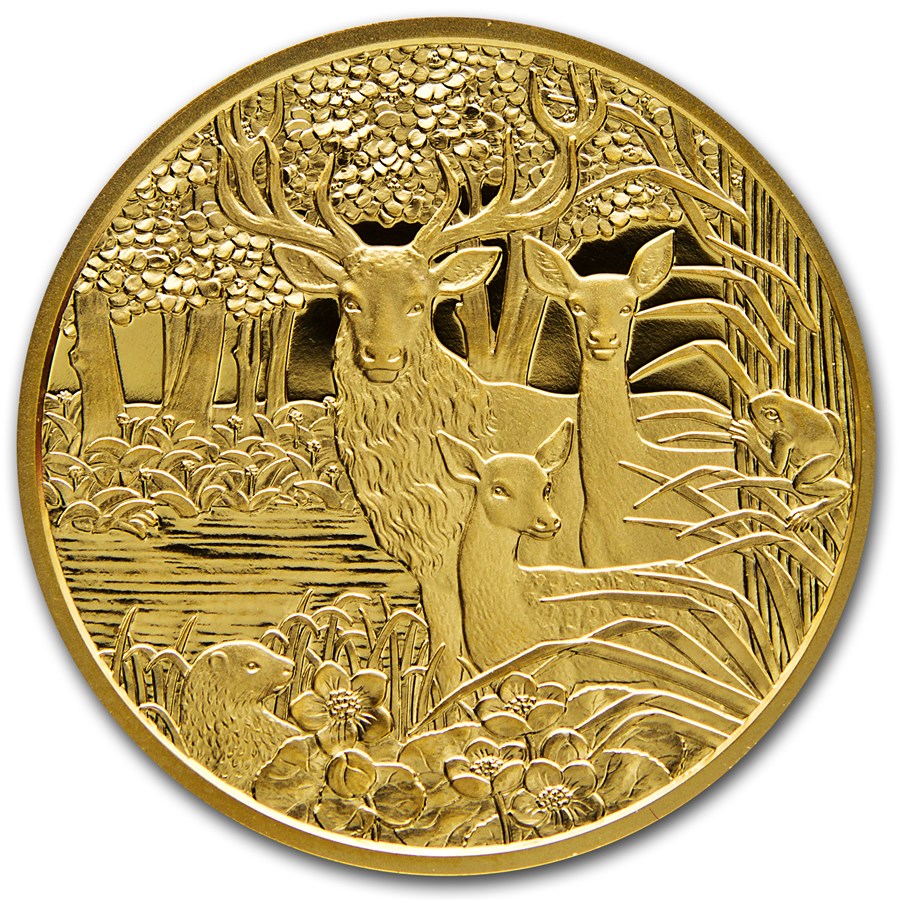 Product Details
Product Details
Known as the “Monarch of the Glen” due to the majestic antlers of the stag, which are used during the rutting season to intimidate rivals, the Red deer (Cervus elaphus) is one of Europe‘s largest and most iconic land mammals.

Coin Highlights:
Handle your coin with care by adding these cotton gloves to your order.

Add this beautiful Gold coin to your cart today!

The natural habitat for the Red Deer is upland forests and moorland but they spend the winter in lower-lying areas and river floodplains, where food is easier to find. In some cultures, dreaming of deer symbolizes success and wealth to come. On that front, the purchase of this half ounce-Gold coin would make a great start.

Excellent Series. Hope they continue with other animals

I really like the overall design and the fact that there's no monarch on the reverse and obverse. Just a good looking coin with unobtrusive text that highlights the natural wilderness beauty.

I am especially drawn to the Austrian Mint in Vienna. Their proof coins have great detail and important subject matter. This applies both to silver and gold.