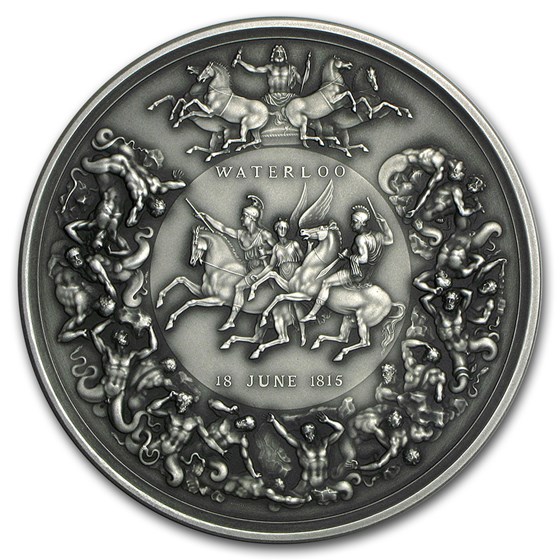 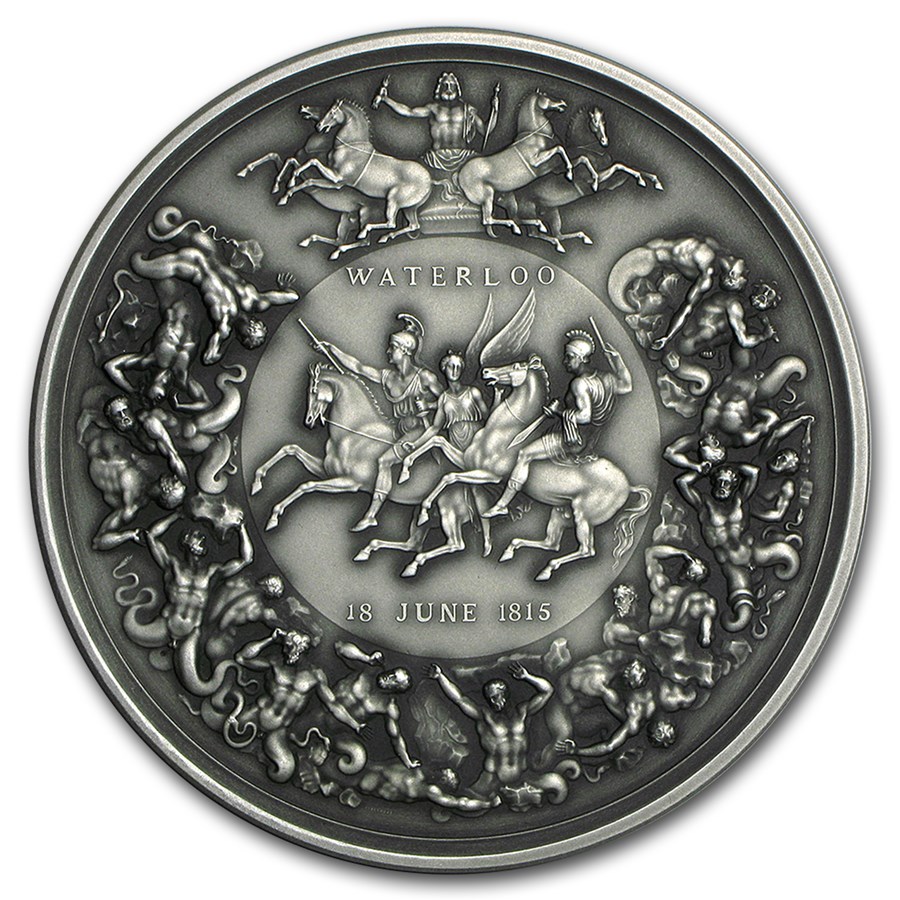 $25.42
As Low As
Product Details
Product Details
With a mintage of only 1,815 coins and a truly fascinating backstory, this unique medal is a must for collectors and historians alike. The large 8 oz size allows the exquisite design to be shown in superb detail.

When the Battle of Waterloo brought more than two decades of the Napoleonic Wars to an end, a welcome period of peace settled over Europe. A fitting tribute, the Waterloo Campaign Medal was struck for all who fought in the battle. But another accolade was commissioned, a second, magnificent medal designed by talented engraver, Benedetto Pistrucci, to be presented to the heads of the allied countries and the commanders involved in the battle. Though a masterpiece of minting with a dramatic tale of its own, Pistrucci’s Waterloo Medal went unstruck in his lifetime and for many years beyond.

For the 200th anniversary of that epic battle, The Royal Mint is striking Pistrucci’s work of genius. The ornate medal bears Pistrucci’s original design, inspired by mythology, as you might expect from the creator of the legendary St. George and the dragon that is seen on The Sovereign each year. A life’s work, the medal took Pistrucci more than 30 years to complete yet, sadly, the design could not be struck due to its size, and all due to receive the medal had died.

For 2015, the medal is struck in sterling Silver with an 80 mm diameter, carefully crafted by the Royal Mint, where the design was conceived and perfected. Pistrucci’s design is resplendent in all its glory with the original inscription – unique to this special edition – as wrought by the master engraver’s own hand, for we have revisited his original workings to complete his masterpiece. Explore the story of passion and politics that lies behind this tribute to the men who never received this magnificent honor, and to the great man behind this work of numismatic genius.

The renowned Italian engraver, Benedetto Pistrucci, was commissioned by the Royal Mint to work on new designs for the recoinage of 1816. His most famous design, the legend-inspired St George and the dragon, still adorns the sovereign, the flagship coin of the Royal Mint.