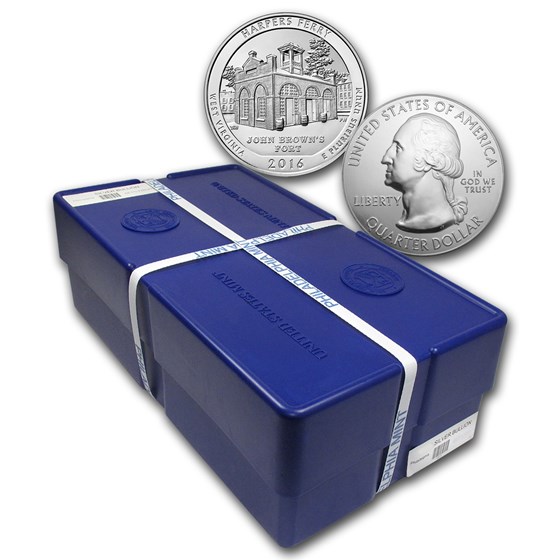 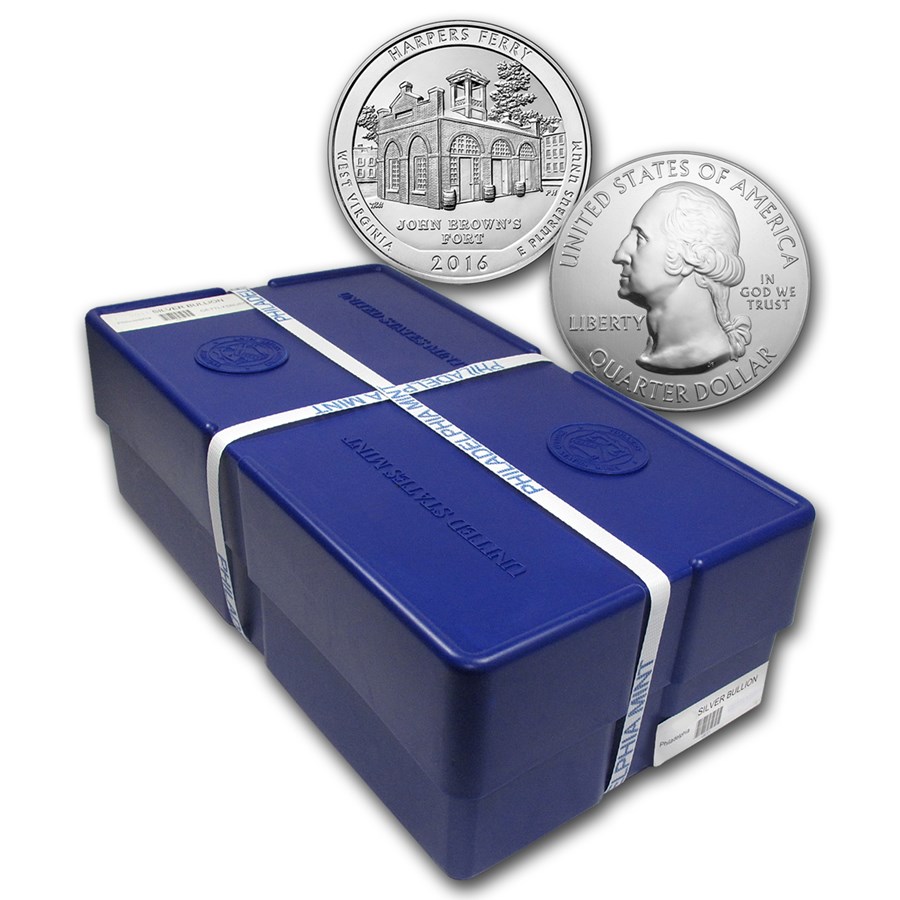 Your purchase is guaranteed to match the quality of the product shown. It will not be this exact item.
Product Details
Product Details
Sealed Monster Boxes are an ideal way of owning larger amounts of Silver with just one purchase. Each of these boxes contains 100 Harpers Ferry National Park Silver America the Beautiful coins and comes sealed with the U.S. Mint straps still intact.

This coin commemorates the efforts of John Brown and his men capturing the fire house, now known as John Brown's Fort at Harpers Ferry, West Virginia, in an effort to supply weapons for an army of abolitionists. The Harpers Ferry National Park is the third release in 2016 of the U.S. Mint's popular America the Beautiful series.