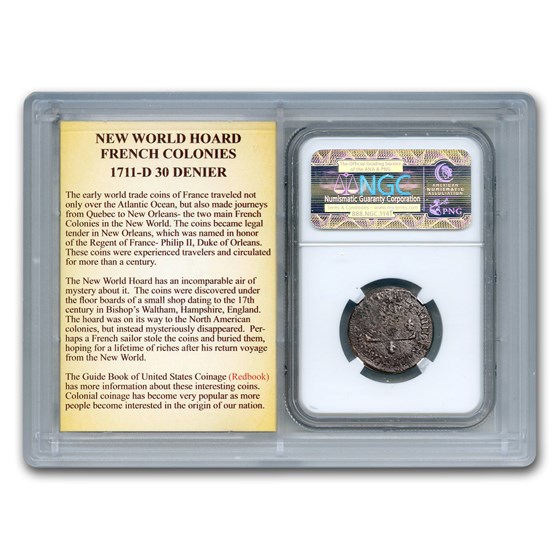 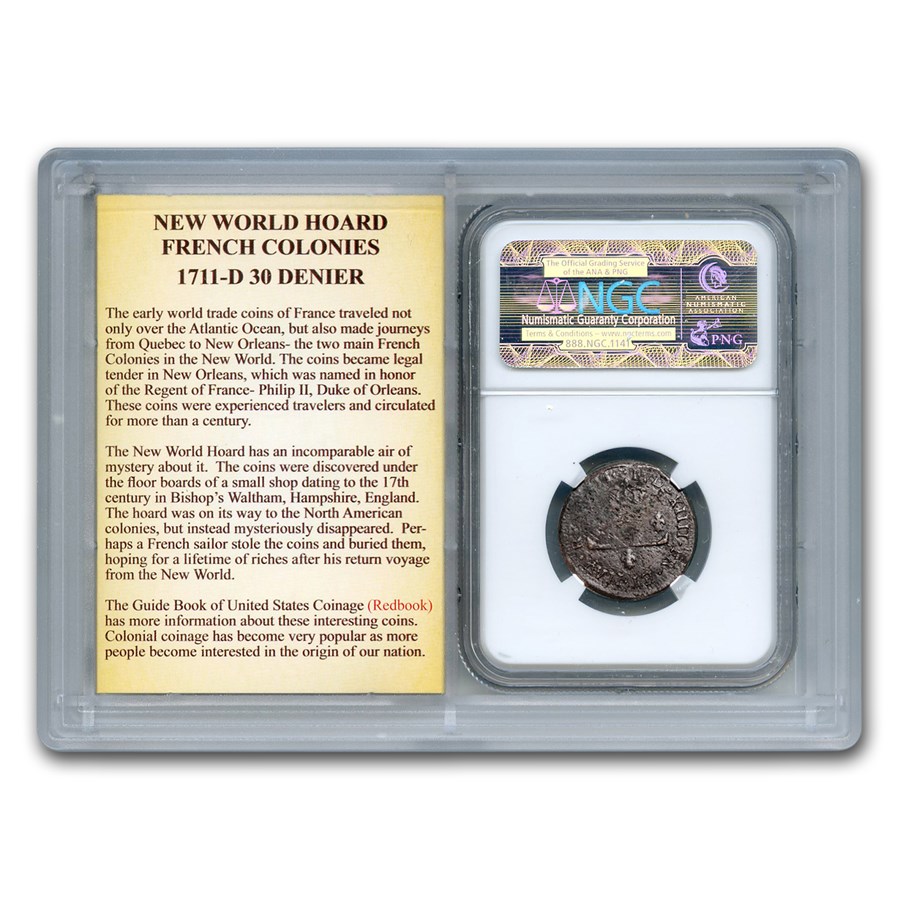 Product Details
Product Details
Early French-American Colonial issue from the New World Hoard! This coin was issued by France for circulation in the French Colonies. An affordable piece of Colonial American coinage!

Coin Highlights:
Protect and display your Billon 30 Deniers Louis XIV coin in style by adding an attractive display or gift box to your order.

These examples are part of the New World Hoard mysteriously discovered in England. Add this early 18th Century French Colonial coin from the reign of King Louis XIV to your cart today!

These coins offered are from a cache of Mousquetaires that were discovered under the floor boards of a United Kingdom port city shop that dates to the 17th century, known as the "New World Hoard" and are listed in the Guidebook of United States Coins (Red Book) under Colonial Issues.