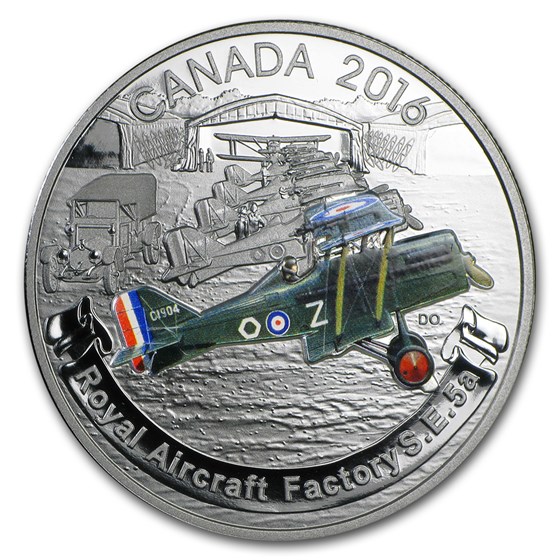 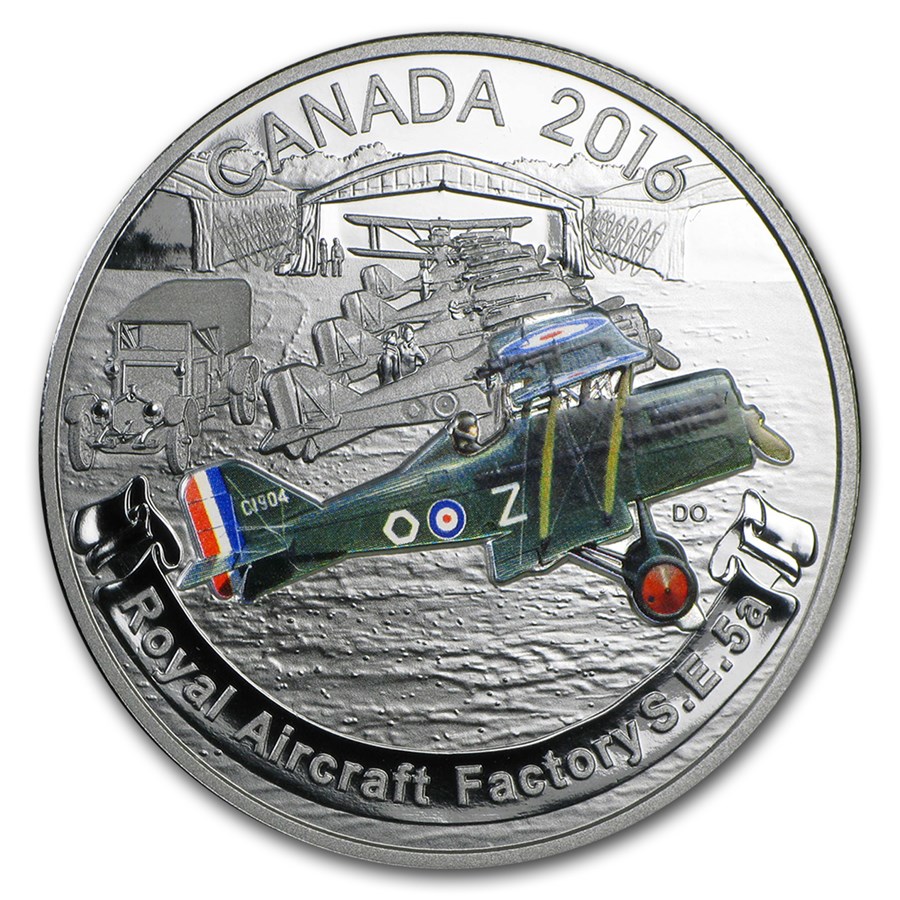 Your purchase will match the quality of the product shown.
Product Details
Product Details
Aircraft technology was barely a decade old when the First World War began in 1914, but the needs of warfare quickly fuelled incredible advancements in aviation technology.

As Canadian pilots and “aces” soared through the sky in aircraft such as the Royal Aircraft Factory S.E.5a, they played an important role in a new era that shaped modern warfare and ultimately redefined industry and transportation.

Coin Highlights:
First issue in a thrilling new 3-coin series that shines the spotlight on aircraft flown by Canadian combatants during the First World War!

Add this 1 oz Silver $20 Aircraft of WW1 coin to your cart today!