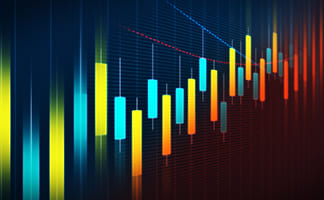 Gold prices slipped downward Wednesday morning following updates on the U.S.-China trade war from U.S. Treasury Secretary Steven Mnuchin. According to Investing.com, Mnuchin told CNBC, “We were about 90 percent of the way there (on reaching a trade deal) and I think there’s a path to complete this.” Spot Gold dipped to $1,403.11 as of 7:15 a.m. (ET), a drop of more than one percent since reaching a new high Tuesday. August Gold futures were also down.

Mnuchin was confident an upcoming meeting at the G20 summit between U.S. President Donald Trump and Chinese President Xi Jinping would yield positive results. Recent reports have stated the U.S. is willing to delay the next installment of Chinese tariffs as negotiations continue.

In an interview Wednesday, U.S. Commerce Secretary Wilbur Ross said, “There are some inappropriate activities underway by the Chinese. They must cease. If they do, if we make some redressing of the trade imbalance, then that’s a reasonable deal for both parties.”

Platinum and Palladium were also down Wednesday morning. Silver spot prices declined to $15.27 per troy ounce as of 2:50 a.m. (ET).

On Tuesday, Federal Reserve Chair Jerome Powell emphasized the U.S. central bank’s independence from the White House. Responding to a question about criticism from President Trump, Powell said, “We are a strictly non-political agency. ... We’re human, we’ll make mistakes [but] we won’t make mistakes of integrity or character.” The New York Times reported earlier this week that Trump tweeted the Federal Reserve “blew it” by increasing interest rates last year, suggesting he may demote Powell to the role of Fed Governor. The president has openly shown support of a rate cut in recent weeks.

Powell also said the Federal Reserve is still considering whether new interest rate cuts are called for in the current economic climate. He points out the idea of cutting rates is supported now that “crosscurrents have re-emerged, with apparent progress on trade turning to greater uncertainty and with incoming data raising renewed concerns about the strength of the global economy.” However, Powell did not state a rate cut was assured, noting the Fed would not react to short-term issues but instead watch economic events unfold over time.

Federal Reserve Bank of San Francisco President Mary Daly told the New York Times, “Let’s watch the next six weeks and see if the data reverse.” She added, “The bottom line for me is that I want to sustain the expansion so that we can also push inflation back up to our target.” If an interest rate cut is implemented, investors could see it as confirmation of economic weakness, increasing interest in safe-haven investments such as Precious Metals.