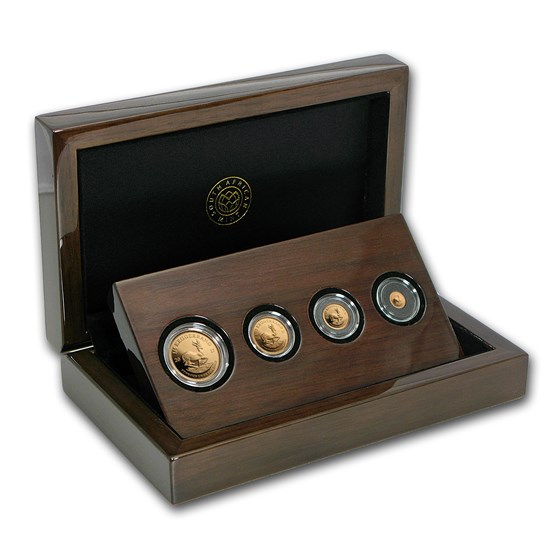 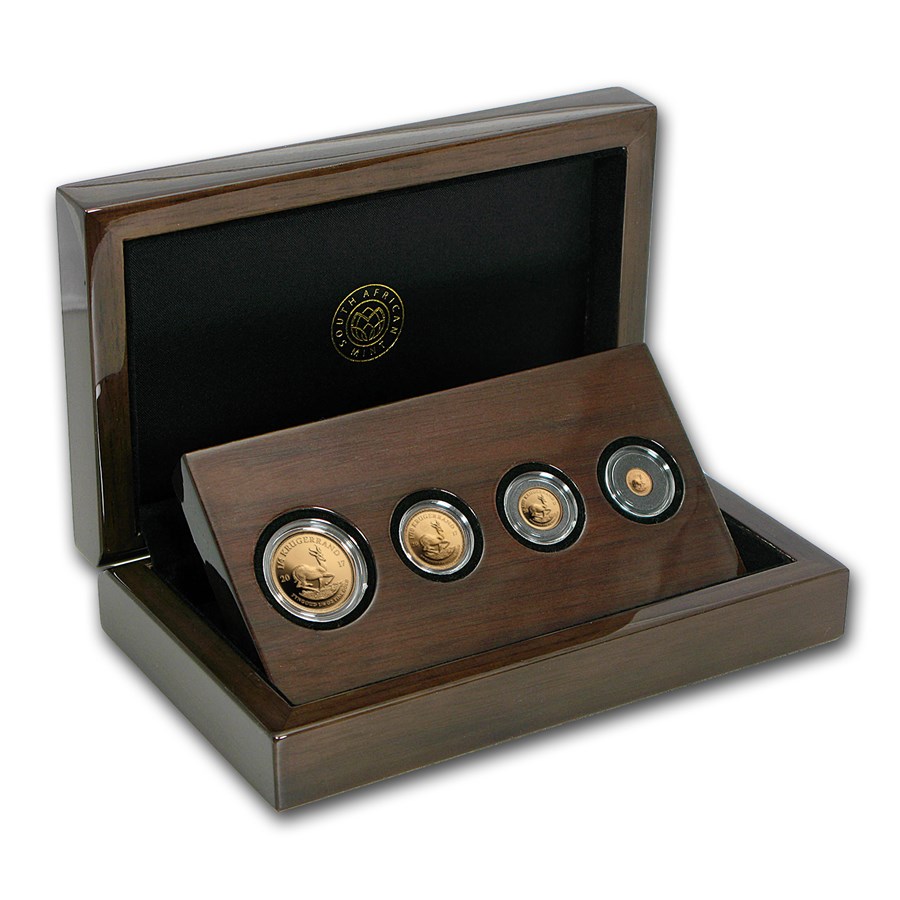 $2,181.59 $2,196.59
As Low As
12% Off The Premium
Product Details
Product Details
This set offers you an opportunity to purchase fractional proof Krugerrands together in a set. This set has an extremely low mintage, adding to its collectibility. Sold out at the mint!

Don’t miss out on this great anniversary proof coin set. The Gold Krugerrand is a handsome Gold coin that appeals to investors and collectors. Add the 2017 4-Coin anniversary Proof Set to your cart today!