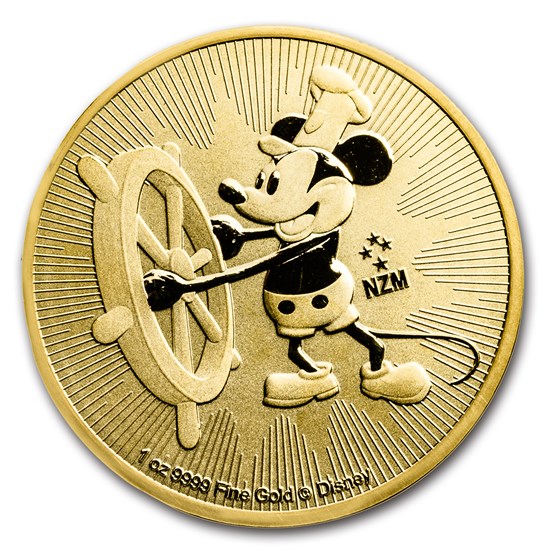 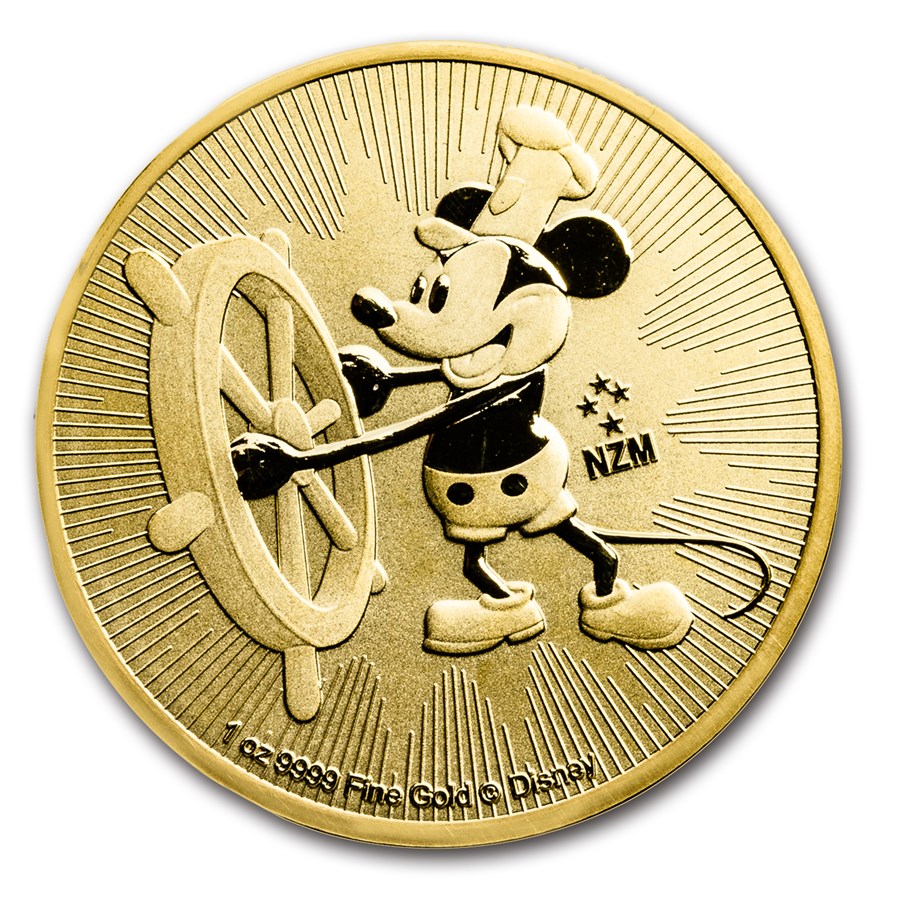 Steamboat Willie is one of the most famous cartoon characters in the world, capturing the imagination of cultures and generations around the globe. Add this charming coin to your cart today!

STEAMBOAT WILLIE:
Steamboat Willie is a black and white film about the adventures of Steamboat Willie, played by Mickey Mouse. Mickey plays a deck hand whose job is to get livestock onto the steamboat that he works on. Minnie Mouse tries to catch a ride, but misses the boat. Mickey has to use a hook to pick up Minnie and bring her aboard. Minnie drops her sheet music for “Turkey in the Straw” as Mickey lowers her onto the deck of the boat. A goat eats the sheet music and Mickey and Minnie, unable to get the music back, turn the goat into a music player. Mickey uses pots, pans, barrels, a washboard, a cat, a pig and many other animals as instruments to accompany the music coming out of the goat. In the end, the captain of the ship does not approve of Mickey goofing off and puts him to work peeling potatoes as punishment.

The opening sequence of Steamboat Willie at the helm of his steamboat whistling “Turkey in the Straw” was reintroduced to Disney animated movie goers in 2007 as an introduction to their feature length animated films. This small clip is given a small facelift to fit the theme of each movie making a unique but highly recognizable introduction delighting movie goers of every age.

Bought this coin for my daughter. Very nice piece!

This is my first New Zealand gold coin, and I really like it. It looks better in person than in the photo. Like some silver Australian and Tuvalu coins I've purchased in the last year, I'm glad to see that this coin comes in it's own capsule. The low mintage and the beautiful, classic Mickey Mouse design, I believe, will add to the value of this coin over time.

A must have for any Disney fan plus low premium