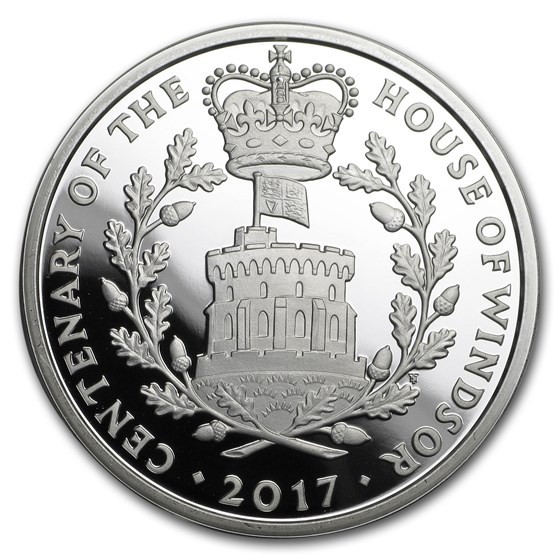 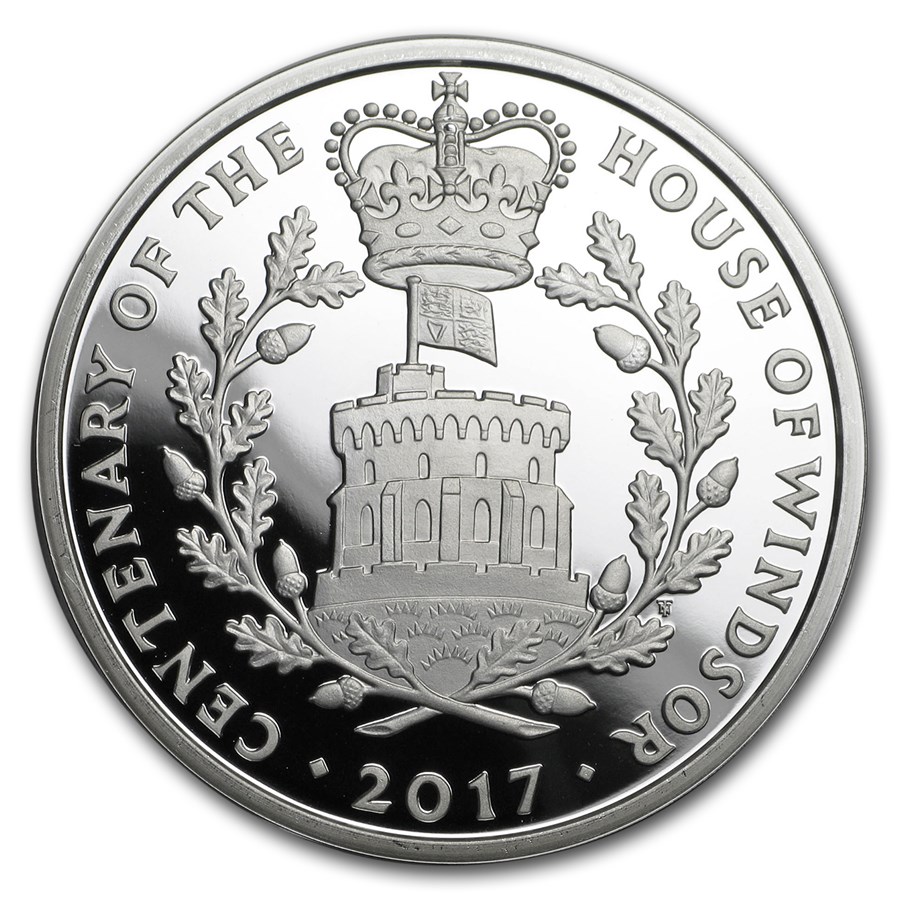 Coin Highlights:
Celebrate this historic moment with and add this 2017 Great Britain £5 Proof Silver House of Windsor Piedfort coin to your cart today!

The House of Windsor came into being in July 1917 by proclamation of George V. At this time the Royal Family gave up the German name of Saxe-Coburg-Gotha which had come to them in 1840, with the marriage of Queen Victoria to Prince Albert. This decision to become known as the house and family of Windsor was largely due to anti-German feeling during the First World War. With this new name, a new royal dynasty was born.

Since then the House of Windsor has produced four monarchs who have reigned over the subjects of Britain and the Commonwealth for 100 years. Both George V and George VI dedicated their lives to the service of their country, as has Her Majesty The Queen, the nation’s longest reigning monarch. Their commitment to duty is clear in a speech made by The Queen on her 21st birthday, while she was visiting South Africa. Though it was five years before she would become our sovereign, she said:

“I declare before you all that my whole life, whether it be long or short, shall be devoted to your service and the service of our great imperial family to which we all belong.”